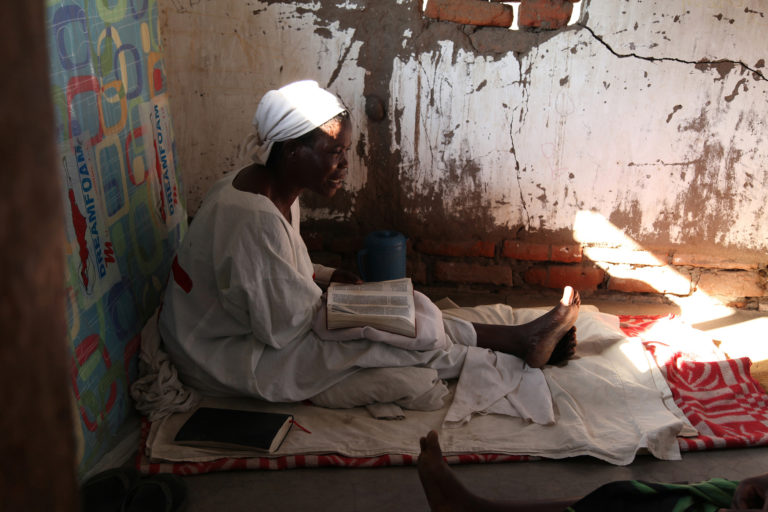 Kader Attia grew up in both Algeria and in the suburbs of Paris. This experience of being part of two cultures is used as a starting point from which to develop a dynamic practice that reflects on the aesthetics and ethics of different cultures. Attia’s work explores the impact of Western cultural and political capitalism on the Middle East and North Africa, and considers how this residual strain of struggle and resistance to colonisation affects Arab youth, particularly those living in the banlieues (suburbs) of France. While each new series employs different materials and symbols and varies in scale, Attia’s practice continually focuses on the poetic dimensions and complexities of contemporary life.

For his work Reason’s Oxymoron (2015), an eighteen-channel video installation, Attia created an expansive video library containing interviews with philosophers, ethnologists, historians, psychiatrists, psychoanalysts, musicologists, patients, healers, fetishists, and griots. Each of the volumes is edited under different themes, such as ‘genocide’, ‘totem and fetish’, ‘reason and politics’, or ‘trance’. Taken either individually or as a whole, they offer commentary on psychiatric pathology as perceived in traditional non-Western cultures, on the one hand, and in modern Western societies, on the other. The structure of the work recalls that of an archive that should be read as an essay, without any assumptions. The visitor can stroll in the eighteen offices and decide whether to sit and watch one of the videos or go to the next one. Reason’s Oxymoron features, for instance, interviews with ethno-psychologists about the experience of immigrants adjusting to life in a different culture. Attia says that young disaffected Muslims in Europe often ‘find grounds for their despair, among other things, in the immaterial injuries caused by their ancestors’ colonisation (dispossession, oppression, and humiliation)’.

In its mix of rational explanations and irrational representations of what the West calls psychiatry, the work is particularly concerned with the question of the irreparable, inherent in the idea of ‘repair’, and calls into question the ambivalence of the psyche of modern Western societies towards traditional non-Western societies. The work evidences the legacy of modernity as a Western-inflicted – and imported – notion, in which frictions amid traditional and occidental societies occur. Modernity is eventually seen as a colonialist bequest.

Attia questions the slippery border between rationality and irrationality, between science and metaphysics, between belief and mistrust. The conflicting perceptions of (in)sanity highlight the difficulties in healing psychological injuries. There is no definitive solution to soothe the burden of pain, and especially wounds inferred by historical events like colonization. The projections from Attia’s library also point to the contradictions found in history and the ambivalent nature of historical progress, which can be regarded as a process of injury and repair that leaves its traces in social psychopathology.

Kader Attia lives and works in Berlin. He was artist-in-residence at Northwestern University Kaplan Institute for the Humanities, United States (2015); artpace, San Antonio, USA (2014); the Banff Centre, Canada (2012); and IASPIS, Stockholm, Sweden, in 2008. He is the recipient of numerous awards, including: the Kunstpreis Berlin Jubiläumsstiftung 1848/1948, Akademie der Künste, Berlin (2014); Smithsonian Institution Artist Research Fellowship Program, Washington, DC (2010); and Cairo Biennale, Prize of the Biennale (2008); among others.