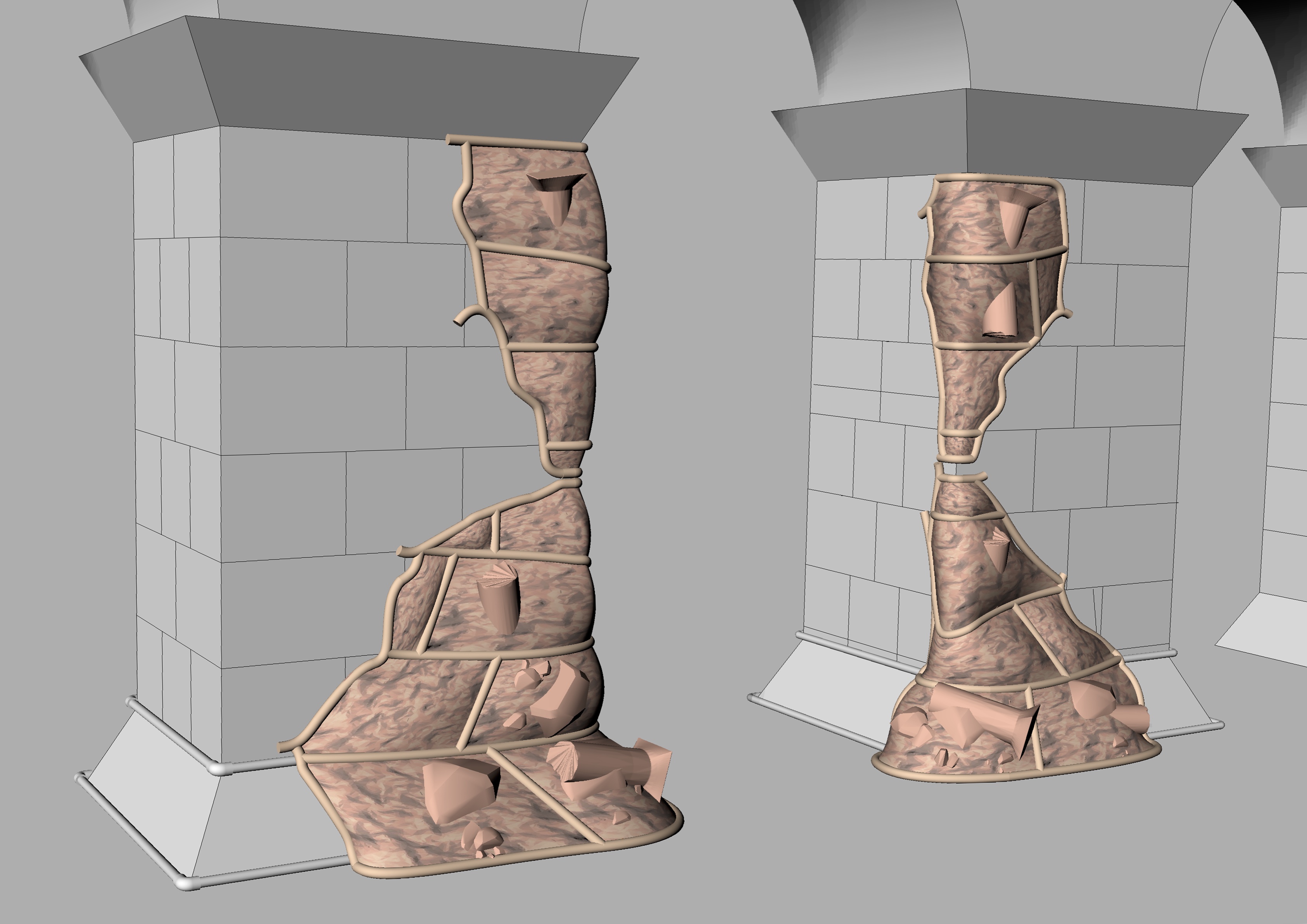 Going to ruin (you), 2018, CAD visualisation courtesy of the artist 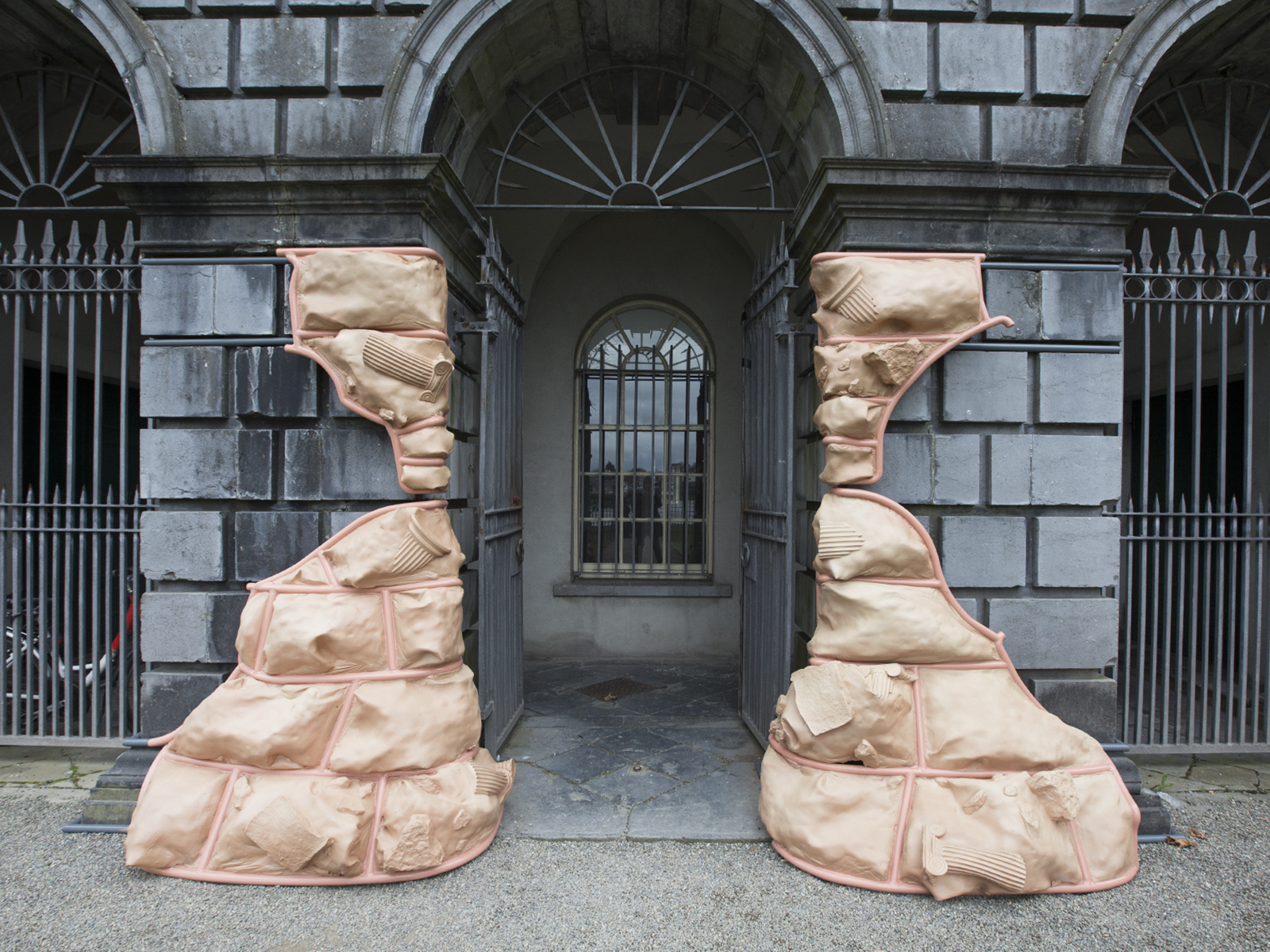 Our lives are increasingly played out on virtual stages that provide unprecedented motivation for self-imaging and identity formulation. Reﬂecting on the shifting boundaries between public and private life, Rainey’s sculptures focus on the plasticity of this digital culture and consider concepts of authenticity, overrepresentation, and mediated experience of our selves through platforms such as social-media sites and dating apps. Going to ruin (you) (2018) is an architectural collage using the façade of the Hunt Museum onto which Rainey imposes sections of the eighteenth-century building but as ruins. The staged destruction shows an imagined vision of future demise — of a fallen future. The work recalls the eighteenth-century landscape tradition in which artiﬁcial Greek and Roman ruins were used within wealthy estates and country gardens. These architecture features are markers that suggest the landowner’s advanced and progressive position in civilisation. Going to ruin (you), a hybrid object that sits somewhere between the digital and the physical, contradicts the way in which ‘authentic’ ruins materialise through the passage of time.