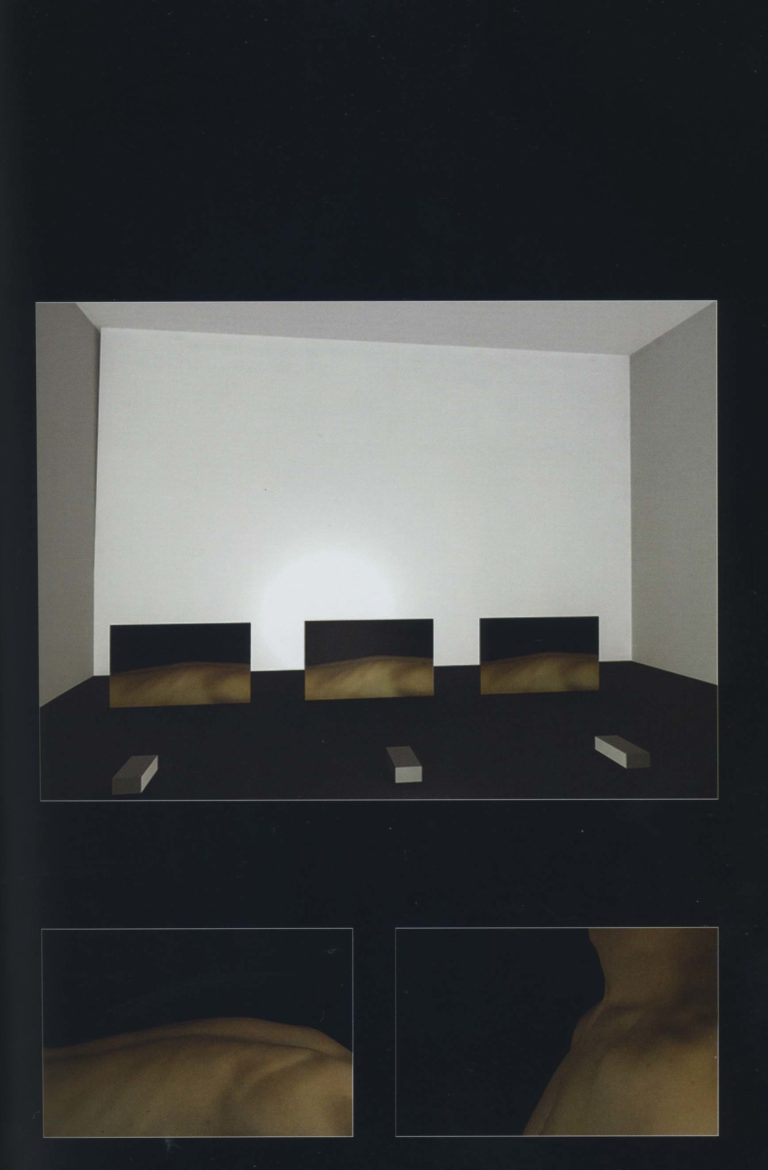 Human expressions are swift, quixotic things, manifesting and fleeing, and we possess an extraordinary ability to interpret even the most subtle. The many natural landscapes we move through change also, following timelines mapped over the millennia. I am interested in this juxtaposition, and consistently record and manipulate both elements through film, video, and now primarily through 3D laser scanning, which I see as the eventual union of photography and form. Starting with these sources I am building interfaces which allow control over these movements and the ability for them to be recalled.

Flesh Portraits is a three-screen DVD installation which presents the body animated in response to the music. The audio track encompasses a digital element of machine noises, or, more accurately, computer noises and older sounds – of the marimba and bowing on wood. In response, the traditional autonomy of the dancers’ movement is sacrificed to animation, and the passage of time speeded up, reversed and folded against itself. This control is applied to the portraits that make up the piece, allowing for a repertoire of actions, both calm and anxious, to be built up. It moves also through the ‘breathing landscape’ at the centre of the work, which is both a form and an illusion. After several glimpses, this element is replaced by a fourth character, a polygonal ghost through whose broad back the music travels as though through air, merely rippling the electronic surface.