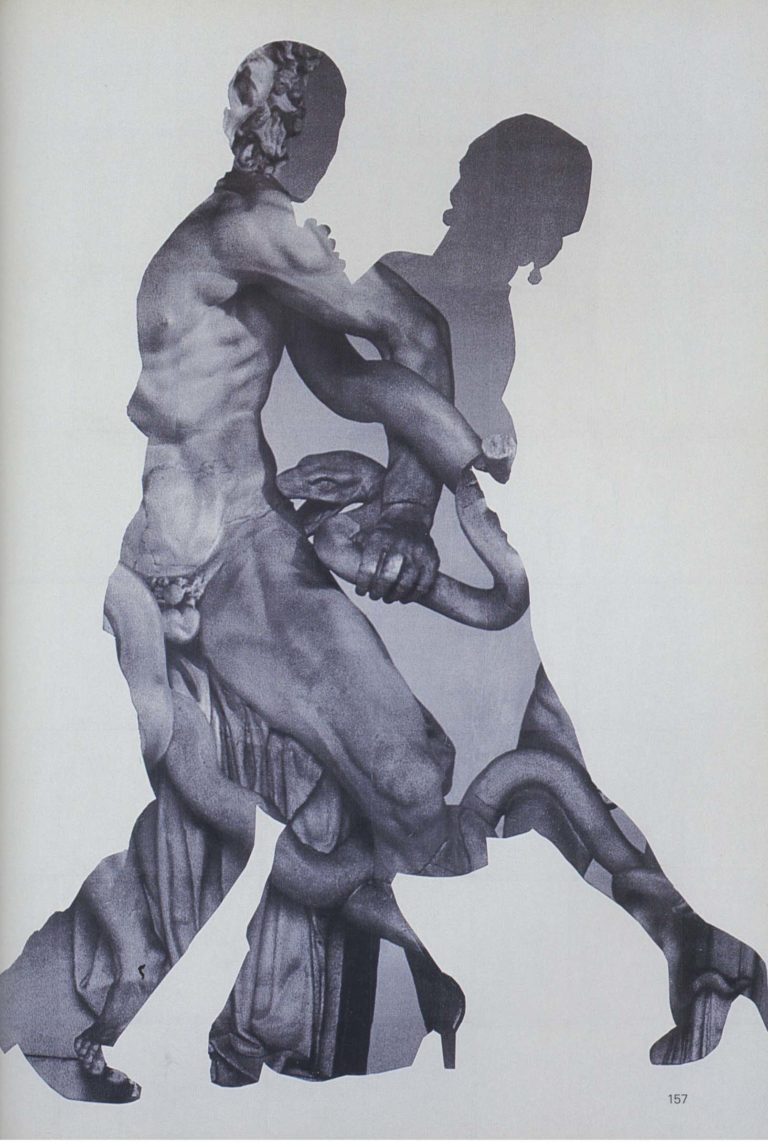 Mostly I draw. But I also make collage. I use collage and drawing for very separate and different ends. Each allows me to express something that I cannot do with the other; each opens up different possibilities of ‘speaking’.

The kind of collage that interests me most is not so much the branch that has its roots in the early Cubist experiments, where they pasted bits of wallpaper and newspaper, etc, into their drawings and paintings (though that is fascinating in itself), but rather the line that runs back to the Dadaists and Surrealists. The first, in a sense, tried to incorporate bits of the found world in their art; the second tried to split the found world open – with their scissors.

This form of collage practices the collision of unrelated images in order to generate new, unexpected possibilities of meaning. It is, in ways, the visual equivalent of literary metaphor: an image from one domain is made to impact upon an image from another domain. The collision leads to collusion: fragments of one image’s meanings sound through the other, and both are changed in the process. The world is linked up in a way that it was not before. Something new has been created, sometimes surprising the artist who made the work as much as (possibly) the eventual spectator.

Such was the case with Tango, which, in truth, was more ‘found’ than planned. There were several other, very different prototype tangos before this one emerged. At the end of a haphazard process of trial and error, suddenly it was there, alive with unforeseen meanings, taking its maker by happy surprise.