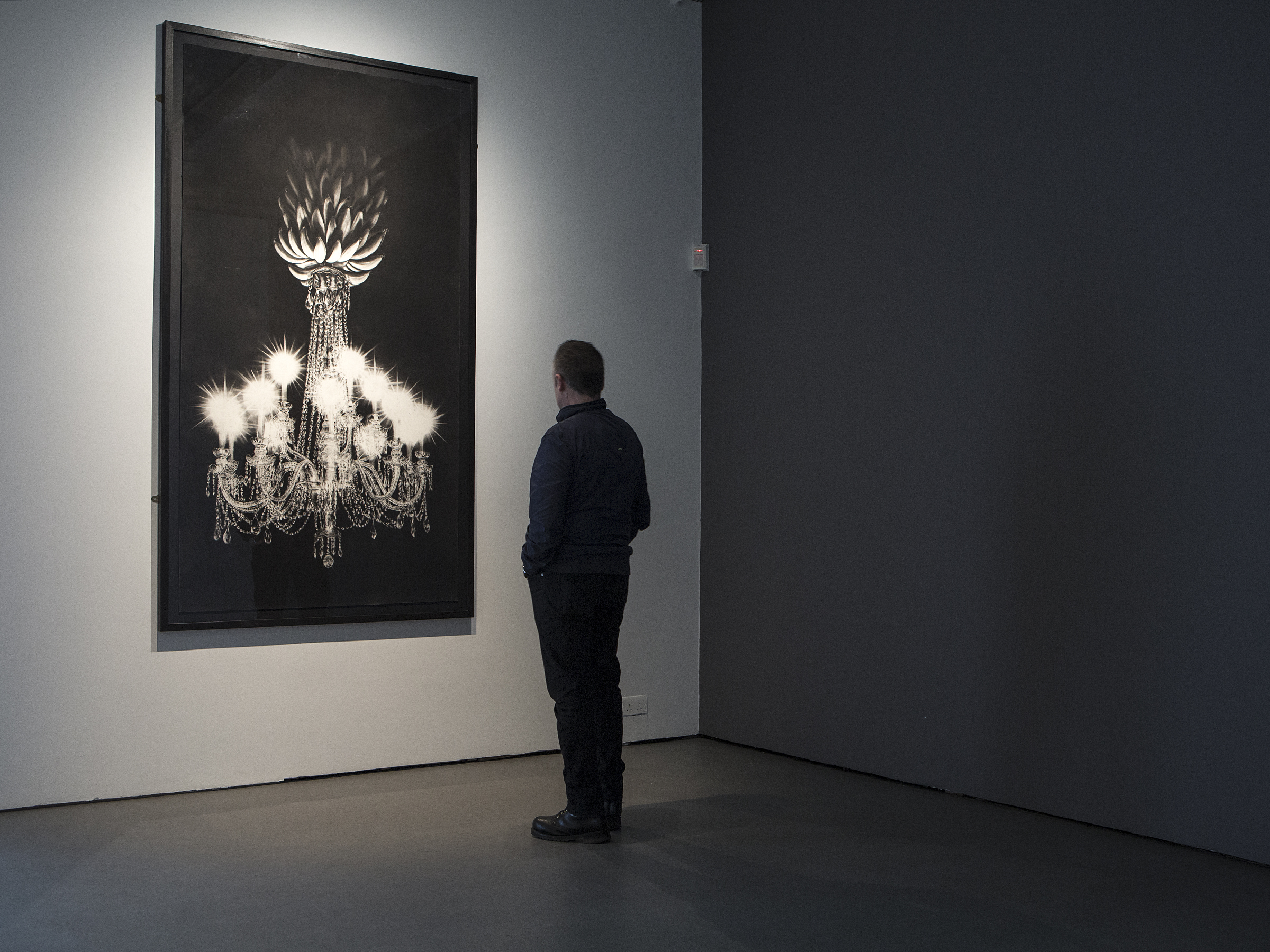 Fuenmayor’s photo-realist charcoal drawings depict absurd pairings of objects, and the unusual juxtaposition of landscapes, objects, and uncanny interiors, such as palm trees growing in the middle of a grand baroque theatre or Victorian chandeliers hanging from clusters of bananas, as seen in Apocalypse XXI (2017). Banana clusters and banana palm trees are recurring images that appear in his work. Fuenmayor started painting them, often in a state of decomposition, on a large scale. In his recent work, he has linked the symbolism of the growing of this tropical fruit with the historical political violence towards banana plantation workers throughout the twentieth century at the hands of the former United Fruit Company as well as other fruit export corporations still operating today in the artist’s homeland, Colombia, and across Latin America. Fuenmayor’s chandeliers ultimately represent the dominant Eurocentric tastes and aesthetics of landlords in the tropics and the commodities and people they exploit.