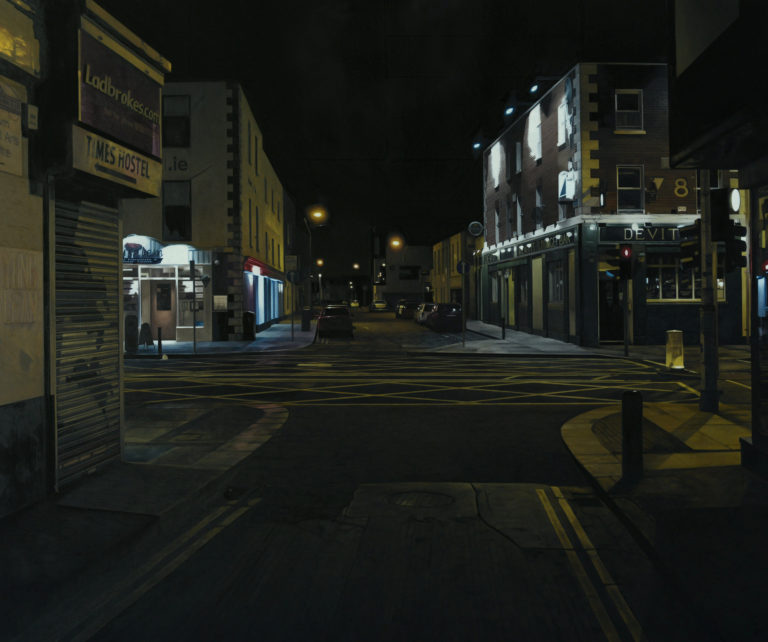 Matthews’s work is influenced by the language of film. Almost always absent of people, his work describes places of neglect or moments of silence in otherwise inhabited locations. These unoccupied places can be seen as empty sets where scenes are about to unfold. Six Streets (2016) is a series of oil paintings that depicts a short but varied route through the deserted streets of Dublin’s south inner city at night. Each painting is like an intense observation of a particular place, which documents a location that is often overlooked or ignored. The illumination of these canvases comes from the light emanating from the street lamps, bulbs, and lit shops. Matthews’s painting acutely depicts a perception of night as defined by electrical power.

Francis Matthews is a visual artist who works primarily in painting. Matthews graduated with a first-class honours degree in architecture from University College Dublin in 2004 before pursuing a career as an artist. He has exhibited widely and recently, including a solo show at Molesworth Gallery, Dublin (2016) and previously participated in EVA International (2010).