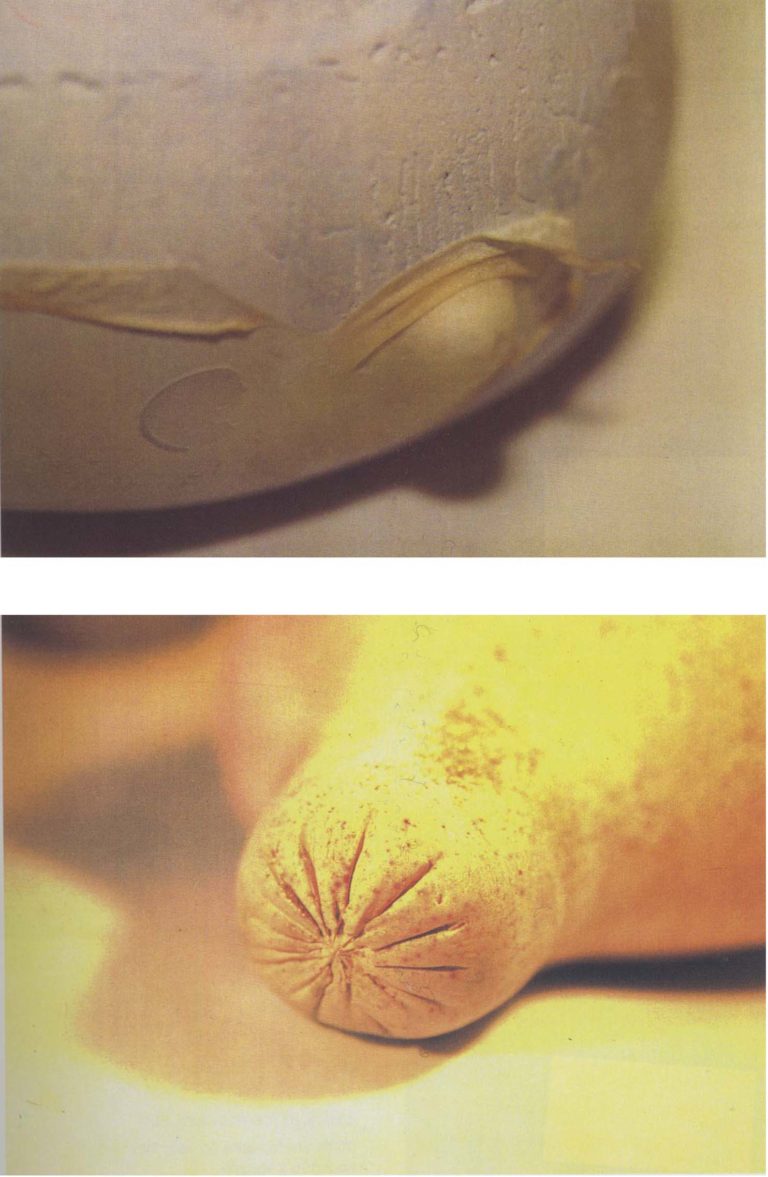 Private Information consists of a series of photographic works of sculptural objects. The images are of plaster casts, made over a two-year period, involving direct casting into latex condoms. Visually, I want to explore a discourse on male sexuality from the viewpoint of a ‘post feminist’ female viewer.

A friend getting married gave me his last box of condoms. These became the containers I would cast into in place of direct casting of the male body. Casting in the condom produced an image of the internal space of the latex form, an idealised solid shape related to the male body.

Contradictions occur. The condoms didn’t produce a shape like a penis, but rather a breast- like sensual form. The tip of the condom produces a nipple-like structure. Corporeal female forms are evoked from a container for the male form/genitalia.