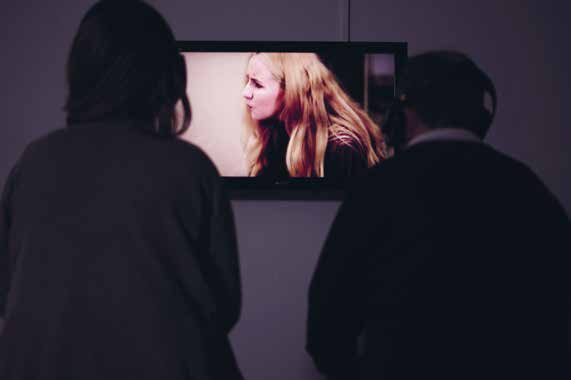 Film/ Act/ Event is a film based on “The Incident at Antioch”, a play by French philosopher Alain Badiou, written between 1982 and 1989. Divided into three acts, the characters move between five allegorical locations as they discuss the nature of politics and search for a new political way forward. Badiou’s philosophy is rooted in mathematics and in particular set theory. In his major work “Being and Event”, Badiou proposes that being is pure infinite inconsistency. This allows for the possibility of something new occurring. This something new is truth. For Badiou a truth is brand new, finite and particular to the situation in which it occurs. Truth can occur in four domains: politics, science, love and art. Film/ Act /Event moves between the theatrical set where various characters muse abstractly over the state of things, to the concrete sites of other locations in the play – lit theatrically but absent of their original characters. Long passages of dialogue are intertwined with quick camera cuts and fast editing, locating the film between the genres of TV drama, soap opera and the filmed staged production. Film/ Act /Event explores, in concrete form, relations between cinema, theatre, philosophy and politics – between theory and praxis. Special thanks to Joseph Nelson, Conor Doyle and Ciara Smyth (acting), Brendan McKenna, Daragh Walsh, Eoghan McIntyre and Julia Kempermann.

Eva Richardson McCrea graduated from the National College of Art and Design in 2013 with a Joint BA (Hons) in Fine Art (Sculpture) and History of Art. Working primarily in video, Richardson McCrea is drawn to the mechanics and processes of filmmaking, and how these elements can be revealed or concealed within the frame, and how this affects the work. From philosophy to theatre to Wikipedia her practice explores links between abstract idea and realised form, the relationship between semiotics and meaning, and information and understanding. Recent exhibitions have included NLA IV, Dublin (2013); NCAD Degree Show, Dublin (2013); iDeA, Rotterdam (2012); & Thanks for All the Fish, Rotterdam (2012). She is currently a studio resident at Basic Space, Marrowbone Lane, Dublin.