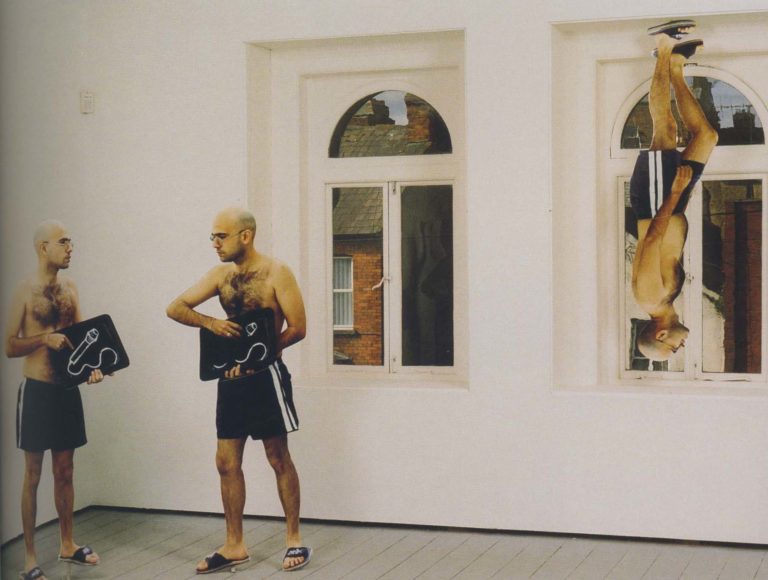 The piece is based on the conviction that ordinary (Cartesian, ontological, exclusivist, representational) language is incapable of fully evoking the disjointed, chaotic character of reality. I am particularly interested in seeing how that incapacity translates in my everyday life when referring to people, family events, spiritual happenings, etc. That is why I spent ten days without talking, in order to ‘inventory’ the moments at which the use of language define a subsequent situation. Almost always, when talking, courses or paths of existence are defined. They exist as constructions raised by discourse – that is, like spoken worlds. My election to temporarily not participate through language (which should not be entirely confused with the consummate mystic’s vote of silence) is also meaningful in a context – like that of Cuba – in which social, political and cultural reality comes within the scope of a centralised discourse which renders huge areas of life voiceless.

Photographs of ten life-size silhouettes appear in the room. They are shots of my body in different situations, corresponding to the specific experience of ten days without talking, and to various examples of how to transgress the objectivised space of ordinary language. (These examples are based on the ‘mute’ experiences, the use of alchemical language, the fusion between image and thing of the primitives, etc.) The photographic silhouettes (always dressed the same, in shorts and flip-flops) are scattered around the room, creating the impression of overlapping reality. Each character is holding a small board – similar to those used by some of the dumb – on which drawings will appear. The other element that appears in the room is a reference to the moment one decides to speak and how this always affects the course of any real-life situation. Surrounding the characters there is a water tank, on top of which a horn amplifies the recorded sound to generate ripples on the water. The sound, emitted every fifteen seconds, is that of clearing one’s throat, as when one gets ready to speak. With this element I wish to highlight the relational dimension that language should have (water sound, circular shape of the horn and of the tank) and set up a state of atmospheric tension in which one would expect the piece to give verbal account of itself at any moment.