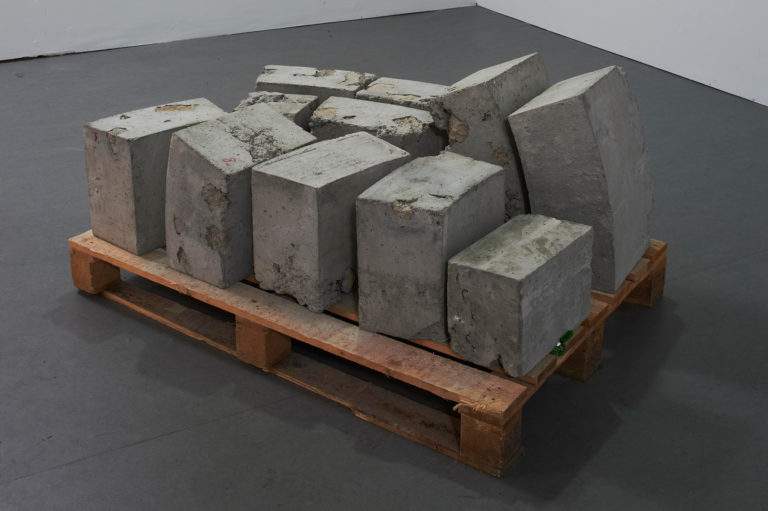 Emma Houlihan’s practice investigates the creation of meaningful places and, specifically, the need for community input and engagement in the construction of ‘wanted’ spaces. Houlihan’s research stems from an ongoing interest in development and economics, particularly in Ireland.

Over the 15 years prior to After the Future, Ireland witnessed the devastating cycle of boom and bust that left the country as one of the most indebted nations per capita in the history of the world. The physical manifestation of the bust was the thousands of uninhabited new-build houses that populated the Irish countryside. Over the course of the three years prior to After the Future, Houlihan researched ways to generate new ideas for post-Celtic Tiger Irish architecture and investigated the veiled and corrupt culture of the Irish building industry.

Arch as presented in After the Future is a commentary on the Irish building industry and Irish attitudes towards property and ownership. In contrast to the many poorly constructed, unoccupied houses around Ireland, the arch is an ancient, lasting development in the history of architecture. Similarly rubble is economically valueless while the cast bricks of an arch are potentially quite valuable. Houlihan worked with local builders and workers in both developing the concept of the arch and physically constructing it. At its most radical, the piece presents a way to generate new ideas for architecture.

Emma Houlihan lives and works in Dublin and Stockholm. Houlihan studied sculpture at The National College of Art and Design, Dublin.