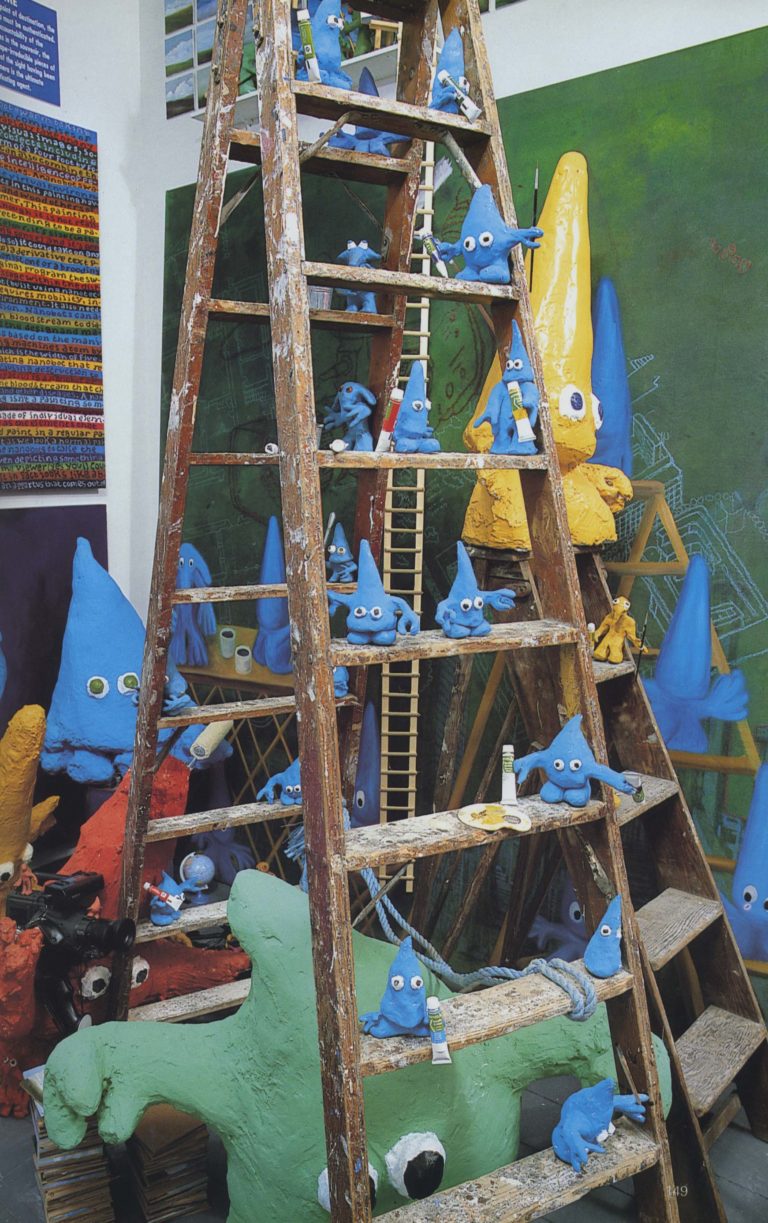 At first glance these bold and simple figurines appear to be best understood as echoes of childhood. Like childhood toys, the ‘ani-mates’ ‘fix’ and hold in place projections of the psyche, but also retain a mutability which allows them to be continuously ‘re-invented’ and ‘re-imagined’. At least, that is, until the end of that period we call ‘childhood’, at which time this quality of mutability is forever lost. We cannot resist suggesting that, despite their fresh colours and simple modelling, they remind us that childhood dolls can be imbued with the vengeance and the power of a fetish. They inhabit the domain of magical thinking and allow us free reign to enjoy fantasies independent of reality. If they remind us of the trolls and sprites of folk legend and lore (so eagerly re-worked in the commercial fantasies of Disney and Pixar) it is through this connection to ‘invisible’ presences. But while Eamon O’Kane’s ‘ani-mates’ may remind us of household gods and guardian spirits, they do seem to be animated by the passion of an idol or a fetish. Perhaps at some point they may have to be broken and withdrawn from the rituals of worship, but in their current form they are presented as patient, monk-like attendants. We are being asked by O’Kane to consider them as necessary for understanding a dimension of his productivity.