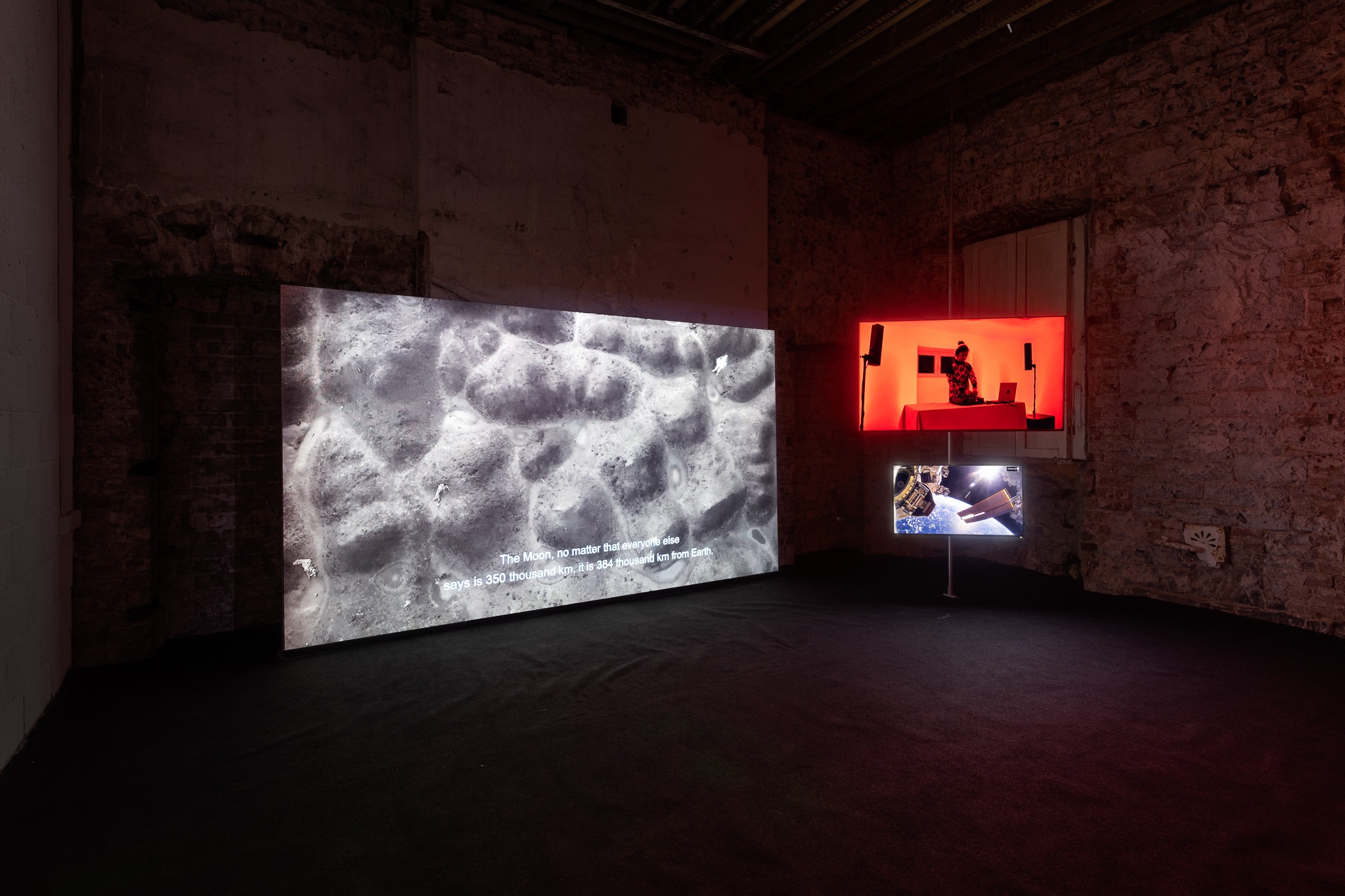 Driant Zeneli presented And Then I Found Some Meteorites In My Room (2018) which is from the video trilogy “Beneath a surface there is just another surface” (2015-2019).  It focuses on the story of Bujar and Flora, a father and daughter living around the former “Kombinati Metalurgjik’ Çeliku i Partisë’ në Elbasan” (Metallurgical Complex’ Steel of the Party’ in Elbasan). The video recasts the abandoned landscape of the complex as an alien, extra-terrestrial landscape.

Driant Zeneli’s participation formed part of Little did they know, the Guest Programme of the 39th EVA International, curated by Merve Elveren.

Driant Zeneli lives and works between Milan and Tirana. Zeneli represented Albania at the 54th and 58th Venice Biennale (2011, 2019). Zeneli has won the MOROSO Prize (2017), Young European Artist Award Trieste Contemporanea (2009), and the Onufri International Contemporary Art Prize, Tirana (2008). He was the artistic director of Mediterranea 18, which took place for the first time in 2017 between Tirana and Durres. He is co-founder of Harabel Contemporary Art Platform, Tirana.