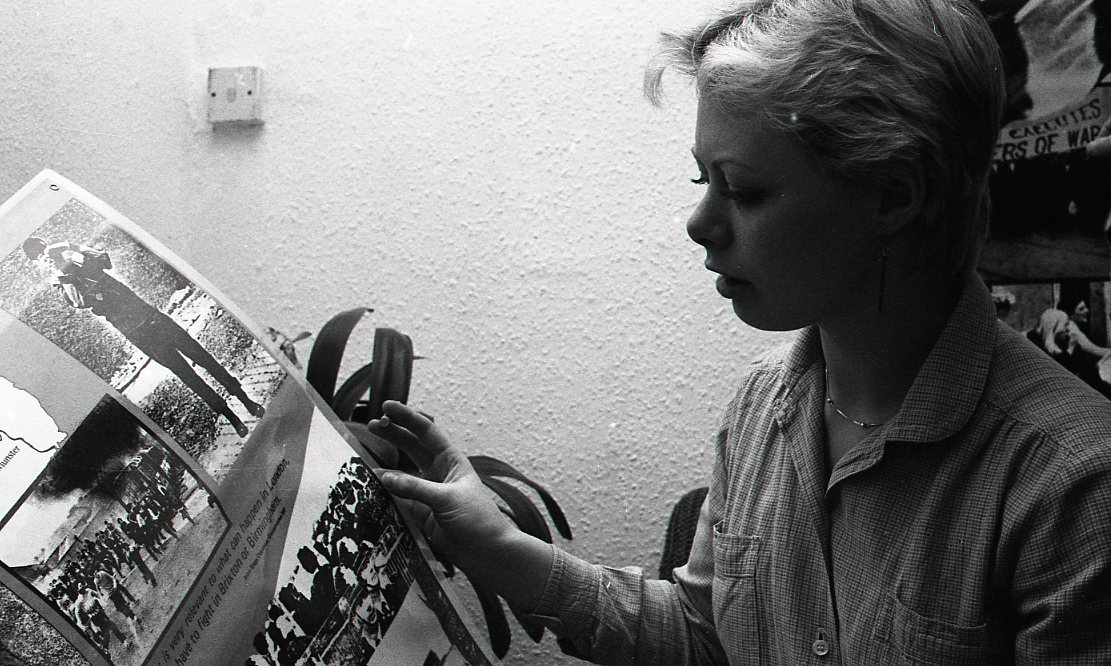 We realised the power of it – Derry Film and Video Workshop, is a project led buy curator Sara Greavu in collaboration with artist Ciara Phillips.  An installation of archive material from DFVW – will include previously unseen footage, photographs and documents that trace a history of the workshop, exploring concerns with gender, class, the Irish ‘national question’ and the legacies of imperialism.

The Derry Film and Video Workshop (DFVW)—established in 1984 —was a women-led film production company formed under the terms of the 1982 Workshop Declaration, which also gave birth to projects such as the Black Audio Film Collective and Sankofa Film and Video Collective. Largely omitted from the histories of these regional/minority/Black-British/diaspora workshops as well as from records of feminist counter-cinema, the DFVW elaborated and explored overlapping political tensions around gender, class, the Irish “national question” and legacies of imperialism. Formed around ideas of radical self-representation and resistance, films produced by the collective offer a nuanced depiction of these complex forces at work in the specific context of Derry.

Sara Greavu is a curator, writer, and organiser based in the north of Ireland. Greavu has held senior curatorial roles at Outburst Arts, Belfast, Centre for Contemporary Art Derry~Londonderry, and VOID, Derry as well as working independently. In CCA, Greavu initiated the two-year Esmée Fairbairn residency programme, Our Neighbourhood, that engaged with local communities of place and communities of interest, alongside artists Sarah Pierce and Sarah Browne. Greavu’s Independent projects have included Knowledge is Made Here, an alternative pedagogical project for young people produced in partnership with the artist Andrea Francke. In her role as Queer Arts Development leader in Outburst Arts, Greavu is devising and delivering a new year-round artist development programme and public programme that will extend Outburst Queer Arts Festival’s reach and depth of engagement with constituents and artists in order to create opportunities for learning, conversation, and collaboration in queer communities and beyond. Greavu has a PhD from Ulster University and an MA in Curatorial Practice from the University of Bergen.