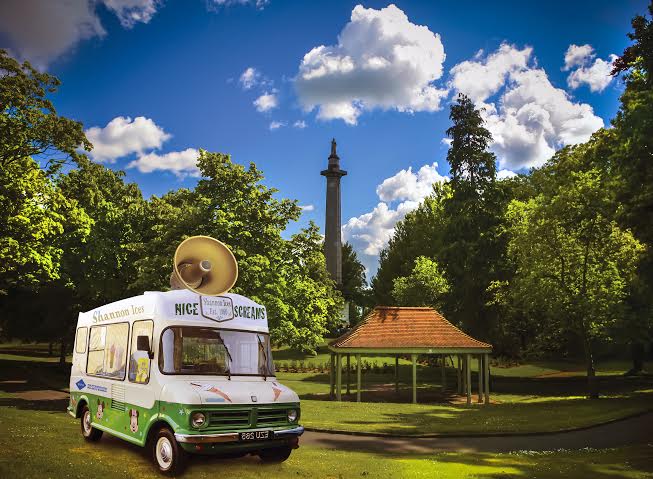 Deirdre Power and Softday, NICE SCREAMS - A CITIZENS' ANTHEM, 2016, courtest of the artists

Limerick-based artists Deirdre Power and Softday (the art-science collaboration of artist Sean Taylor and computer scientist Mikael Fernström) have been working together for the past six-months to develop a socially engaged project for EVA International. With a practice premised on the need for radical social change, Power has worked extensively on participative projects that bring the cultural agenda to the heart of the body politic. She aims to promote dialogue between public agencies and citizens, to engage with the complexities of spatial planning and development, and to foreground the role of the citizen in the planning process. Producing live performance, sonifications, and multimedia artworks, Softday are interested in our relation to and understanding of nature within the context of climate change and its global effects. They explore the crossovers between various media and creative genres, such as expanded theatre, sound art, social practice, sculpture, and the application of new technologies.

Working together for the first time, Power and Softday present NICE SCREAMS – A CITIZENS’ ANTHEM (2016). This project attempts to contribute to the existing and significant debate related to the legacy and contestations of the 1916 Easter Rising. Through an open competition, members of the public were invited to create a citizens’ anthem that is representative of contemporary Ireland, and reflect on themes such as equal opportunities, liberalism, freedom, welfare, security, and democracy. Shortlisted entries were then released for public vote to determine the winning anthem. The anthem will be played by two ‘Shannon Ices’ ice-cream vans on 24 April 2016 (the centenary of the 1916 Easter Rising).

NICE SCREAMS – A CITIZENS’ ANTHEM plays on the historical precedence of June 1924, when the Dublin Evening Mail ran a competition to find a national anthem for the Republic of Ireland. A prize of £50 was offered, and Irish cultural luminaries W. B. Yeats, Lennox Robinson, and James Stephens were employed to select the winner. In October 1924, the newspaper reluctantly published the decision and stated: ‘We are all agreed that there is not one amongst them worthy of fifty guineas or any portion of it.’ Undeterred, the Dublin Evening Mail asked readers to pick from the six best submissions. Mary Farren Thomas of Clontarf was awarded the £50 prize for her poem ‘God of Ireland’, but the media campaign fizzled out as the competition become a burden and an embarrassment for the newspaper.

The competition – which highlighted the absence of an accepted national anthem – attracted much public attention and considerable editorial commentary in many newspapers of the time. In 1926 the new Free State Government adopted ‘The Soldiers’ Song’ (‘Amhrán na bhFiann’) as the national anthem. Written in 1907 by Peadar Kearney and Patrick Heaney, it was translated into the Irish language by Liam Ó Rinn. By revisiting the history of the national anthem’s origins, Power and Softday stimulate discussion about national identity, democracy, citizenship, and equality – issues that are as relevant today as they were in 1916.

Deirdre Power (b. 1963, Limerick) and Softday, the Limerick-based art-science duo made up of artist Sean Taylor (b. 1955, Ireland) and computer scientist Mikael Fernström (b. 1959, Sweden), have produced the socially engaged collaborative project NICE SCREAMS – A CITIZENS ANTHEM for this year’s EVA International.