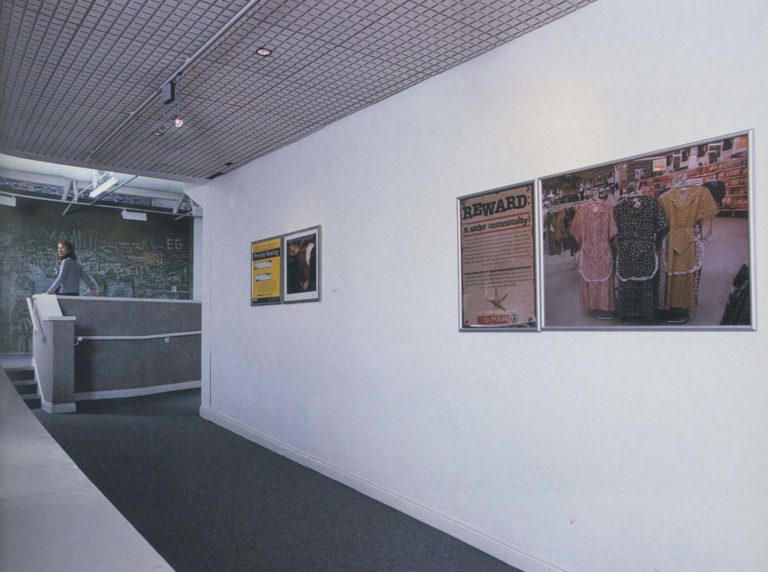 When we are confronted with a photographic representation of a cultural divide, we are already prone to accepting the reality of the image, despite knowing well the traps inherent in such a belief. As a migrant artist caught between cultures and continents, my work merges with the position, as a woman who is marginalised through gender and a socio-economic legacy of being an alien in a foreign land, both at home in Limerick and in New York where I spent the past fourteen years. My work focuses on addressing social issues within a photographic context, using the naturalistic image as a source of knowledge about the repressed and the marginalised.

The images are of the everyday, taken spontaneously while on vacation and later juxtaposed with text relating to the image. An unassuming display of polka dot frocks in Spar Shopping reveals an eerie reminder of apartheid in South Africa. (The frocks are, in fact, maids’ uniforms.) The reward sign, taken from the same store, encourages us to purchase the very products that have led to crime in South Africa. The expression of what seems almost resigned acceptance on the face of the homeless woman in New York in Priority Seating who is unaware of her own right to priority in life, contrasts and even contradicts the subway sign prioritising the need for seating for the elderly.