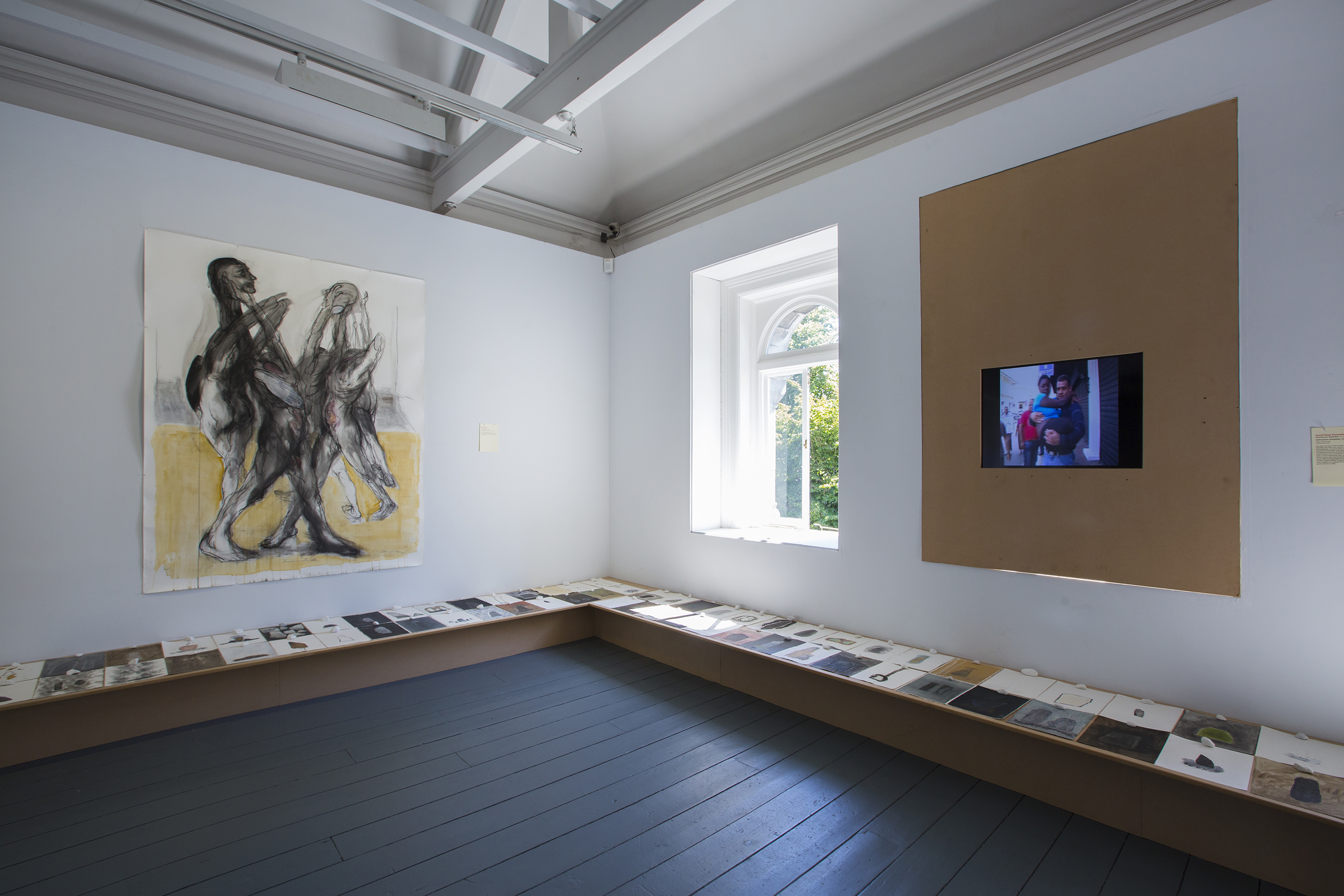 David Pérez Karmadavis’s performance work often focuses on the social conflict and hatred between Dominicans and Haitians as citizens of a shared island. Estructura completa (Complete structure) was a recorded performance carried out at El Centro Cultural Eduardo León Jimenes (Centro León), Dominican Republic, in 2010. In the video, a blind Dominican man carries in his arms a Haitian woman, who has had both legs amputated. They both speak different languages (he speaks Spanish and she speaks Creole Haitian). Owing to physical impairments, both work together to navigate through the public space: she guides while he walks. The ‘incomplete’ bodies are like an allegory for individual alienation, and suggest that they can successfully operate in a public space through a symbiotic arrangement dictated by physical necessity. Karmadavis’s work invites us to understand that a complete structure can be obtained through a new form of communication between two nations that share the same ground.