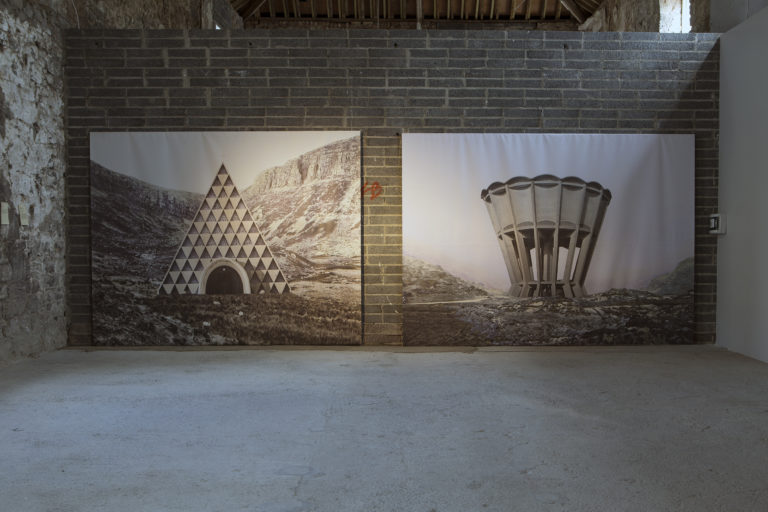 Darn Thorn’s Aggiornamento considers the impact of the religious thinkers and urban planners on the physical and cultural landscape of contemporary Ireland. During the 1960s, the church and state embarked on a project to improve and modernise society through innovative construction and design. The title of Thorn’s work, which means ‘to bring up to date’, was a popular phrase used during the establishment of the Second Vatican Council (1962–66), an ecumenical council that addressed relations between the church and society. By the 1980s, following social problems in key public-housing projects, post-war architecture became synonymous with failure. Significant buildings like the County Hall, Cork (1968), or the Ballymun tower blocks, Dublin (1966), have either been unsympathetically redesigned in recent years or demolished. With dry humour, Aggiornamento responds to this failure and proposes another future, one in which the utopian ambitions of the post-war era succeeded. Shot on black-and-white film, the images are colorised digitally and collaged from multiple negatives. Period buildings are relocated into romanticised landscapes, then re-coloured making reference to sci-fi cinema. Printed as large-scale billboards, the images operate as advertisements for an impossible future.