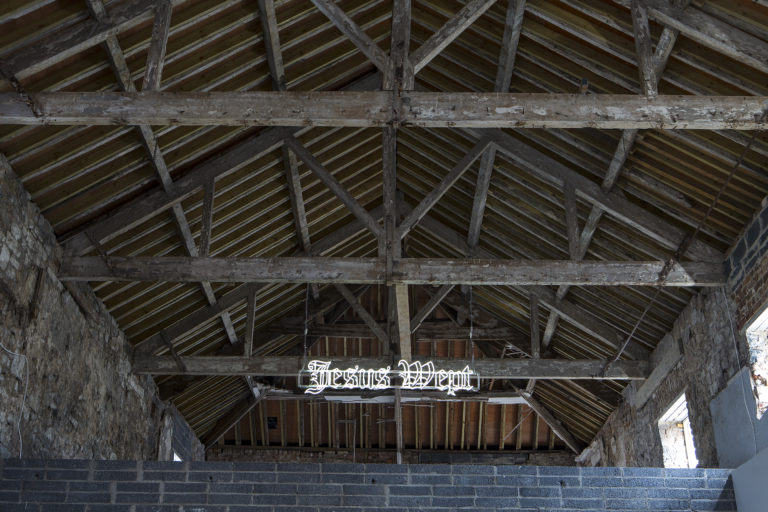 In its original form, ‘Jesus Wept’ is a beautifully succinct sentence, with a profoundly spiritual meaning. It is the shortest verse in the King James version of the Bible, it describes Jesus’s sorrow at the death of his friend Lazarus, who had died before Jesus was able to reach him. Language and meaning change over time and ‘Jesus wept’ is now a secular expression of something like exasperation, yet it remains a uniquely powerful sentence and one of several poetic fragments and phrases that have entered into the English language from the Bible. In Colin Booth’s practice he often uses existing materials, or fragments of texts, observed in day-to-day reading. These found elements are re-presented in a way that might enhance or subvert their original function or meaning. For Jesus Wept (2012–13), Booth chose a font that resembles the typeface of the original King James Bible, but by re-interpreting the sentence in neon light, it refers to its more ambiguous and contemporary reading. White neon has an implicit clarity of form, which seems appropriate to the simplicity of the sentence ‘Jesus wept’ installed in the dense, sensory clutter of Limerick city.