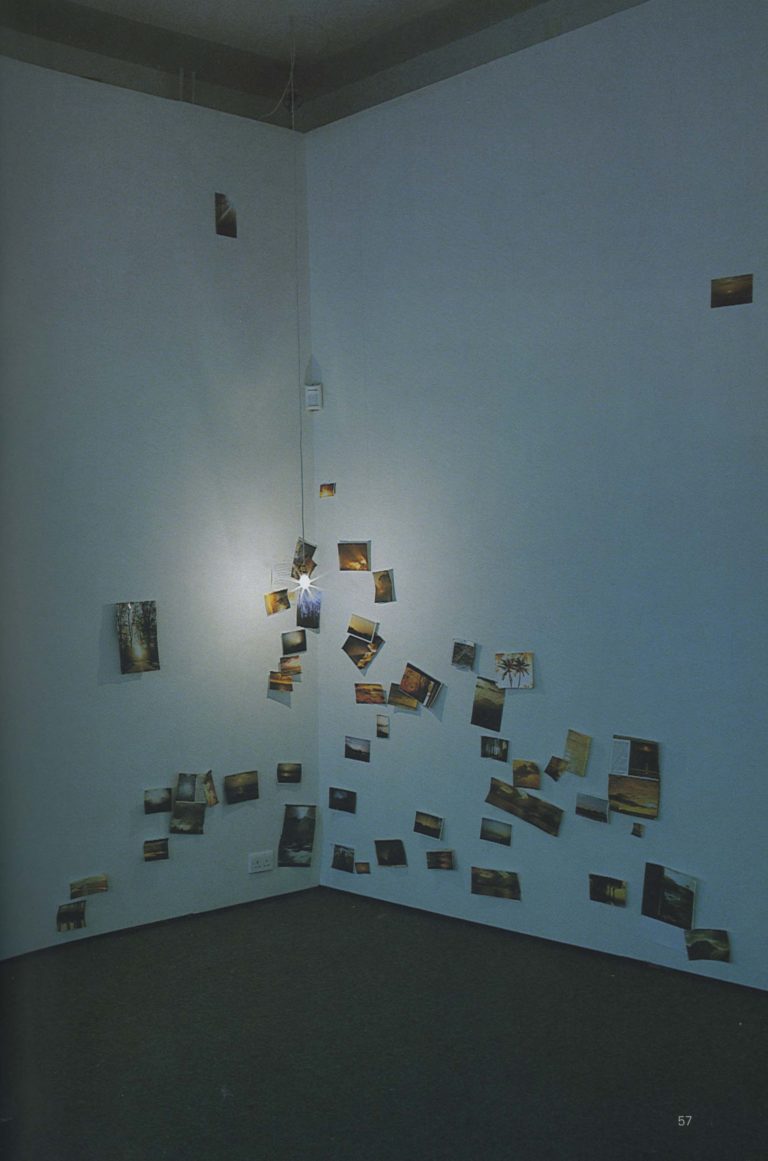 The Little Prince in Antoine de Saint-Exupéry’s novel came from a planet so small that one day he managed to see 44 sunsets – ‘You know, one loves sunsets when one is sad…’ My Kingdom consists of over 44 found images of sunsets.

The attempt to contain these images recalls the obsession of the outsider artist, Henry Darger. Darger was a recluse. By day he managed to hold down a porter’s job in a hospital; at night he lived in another world. This world, inhabited by his hermaphrodite heroines, the Vivienne Sisters, was his own creation. Every night he would record their adventures in huge journals, with images and text. After his death these epics were discovered, taking up every corner of his tiny living quarters. His true existence was confined to the pages of these journals.