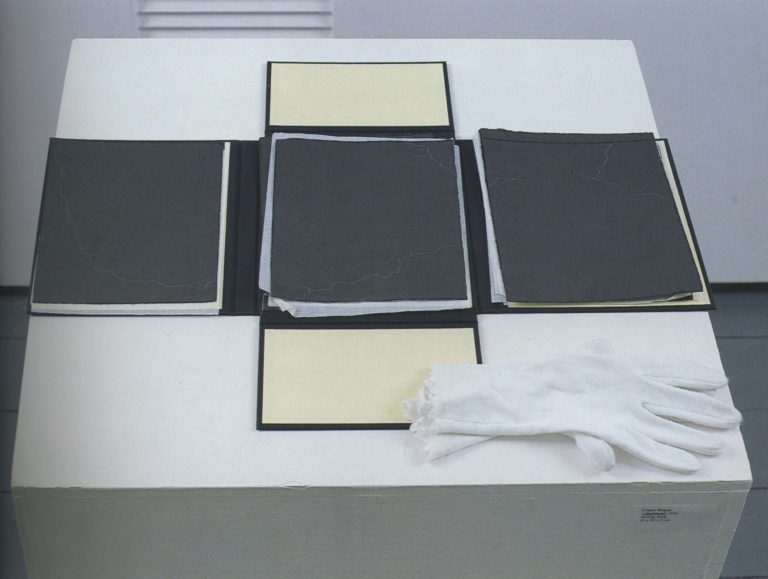 My work is based on the monumentality of standing stones. In this series of work, entitled Alignment, I was influenced by standing stones I saw last summer in Brittany called Les Alignements de Lagatjar. The rows of stones emphasised a linear quality which comes through in this work. I was also strongly influenced by the Grange stone circle at Lough Gur, Co Limerick. The pattern of the stones is echoed in the box-set – one print after another, one stone after another, in turn leading you back to the first.