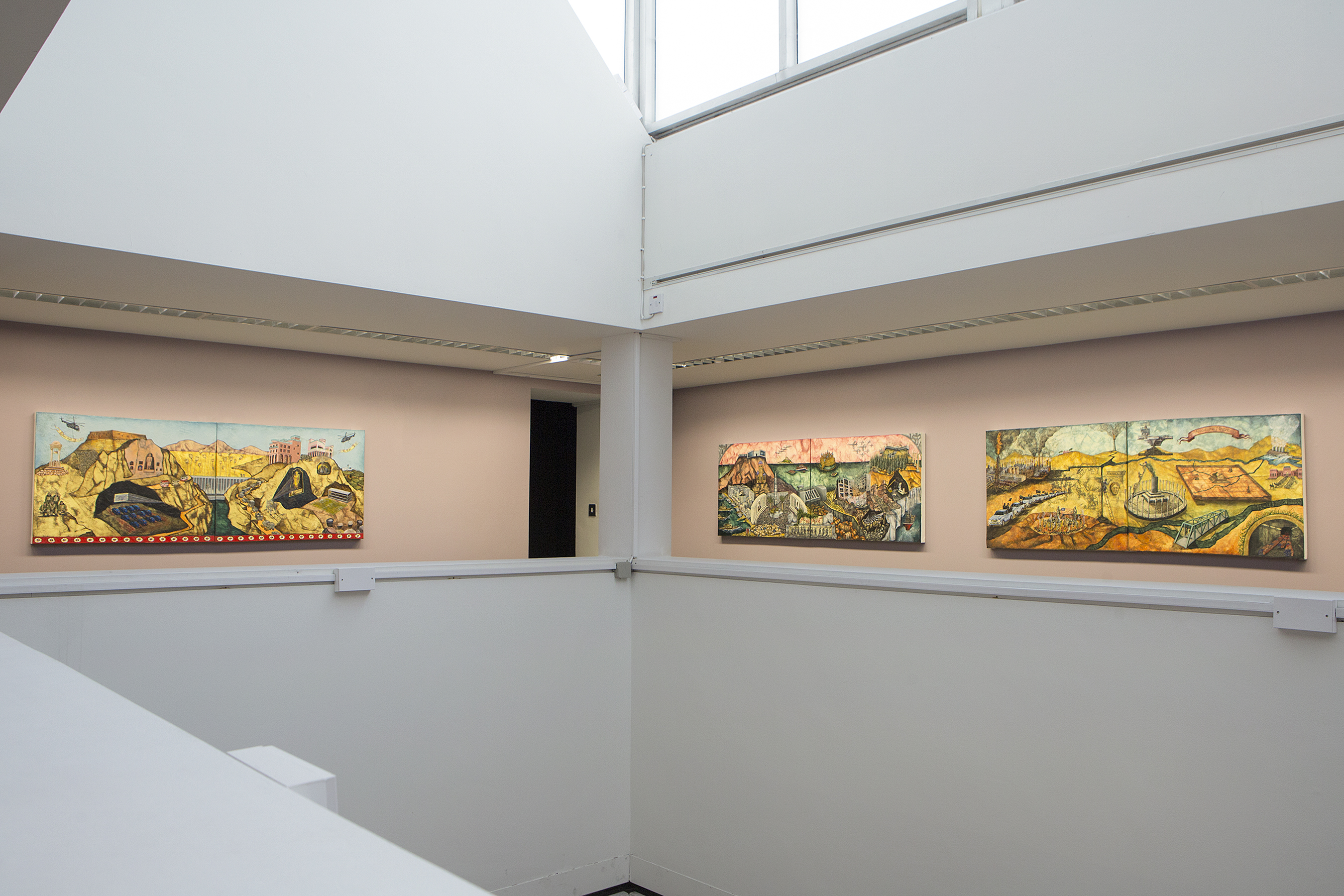 Claire Halpin’s work explores themes and concepts around contested territories and histories through painting, drawing, video, and installation. The Jigmap Series navigates the complexity of the contemporary theatre of war as battlefield expands to battlespace in the Information Age. Her paintings employ imagery from the media, surveillance, military history, maps, archaeology, early civilisation, biblical stories, and Byzantine and early Renaissance art history, all of which are woven together to form a narrative. She is influenced by the complex compositions of space and time in Renaissance paintings that show the co-existence of multiple narratives on a single picture plane and applies this device to the aesthetic of gaming and virtual reality. The work is concerned with the perception and interpretation of images of contemporary war, and raises questions about how we choose to record history and the veracity of painting, photography, and the media in documenting future history. In one of Halpin’s panels, there is a peculiar depiction of a dam surrounded by growing poppies, a central element of the War in Afghanistan has continued to unfold since 2001. Poppies in Afghanistan are farmed to produce opium; the illicit crop is cultivated and sold, often feeding power to militant groups, drug lords, and corrupt officials.

Claire Halpin explores themes and concepts around contested territories and histories through painting, drawing, video, and installation. Halpin has exhibited in solo and group exhibitions nationally and internationally including, most recently, 187th RHA Annual Exhibition, Cáirde Visual, The Model, Sligo (2017); and Glomar Response, Olivier Cornet Gallery, Dublin (2016). She has also curated many exhibitions and is represented by Olivier Cornet Gallery.