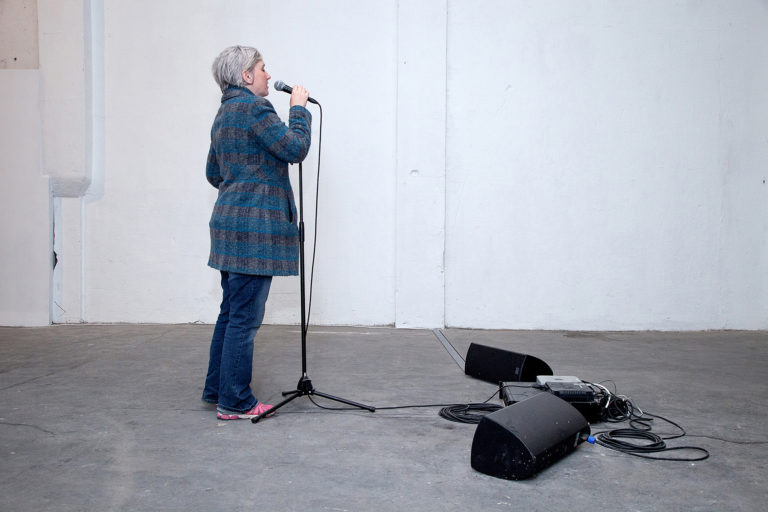 Carsten Höller, One, Some, Many, 2016. Photo: Miriam O'Connor, courtesy of the artist.

Using his training as a scientist in his work as an artist, Carsten Höller’s primary concerns relate to the nature of human perception and self-exploration. He has undertaken many projects that invite viewer participation and interaction, while questioning human behaviour, perception, and logic. His ‘laboratory of doubt’ – embodied in objects ranging from carousels and slippery slides to upside-down goggles – often contains playful, hallucinatory, or darkly humorous overtones to provoke experience and reflection on doubt itself. Höller aims to disorient, and by doing so stimulate precognitive moments of pure sensation. For example: with his photographic prints of Ferris wheels, merry-go-rounds, and roller coasters, colours have been ‘displaced’ to create images that refuse to register; his ‘flicker films’, shot from multiple perspectives and projected sequentially, create a sense of movement; a crop of magic mushrooms hanging upside-down from the ceiling inverts our perception of space.

His major installations and works include: Flying Machine (1996), a work that hoists the viewer through the air; Test Site (2006), a series of giant slides made for Tate Modern’s Turbine Hall; Amusement Park (2006), an installation of full-size funfair rides turning and moving at very slow speed at MASS MoCA, North Adams, United States; Upside-Down Goggles (2015), an experiment with goggles which modify vision; and The Double Club, an old Victorian warehouse located in East London that opened in November 2008 and closed in July 2009, took the form of a bar, restaurant, and nightclub designed to create a dialogue between Congolese and Western culture.

Höller undertook a research visit to Limerick in preparation for EVA International 2016 to develop One, Some, Many (2016), a site-sensitive audio installation across three locations. The installation was an entirely new work that consisted, in each location, of a microphone coupled to a voice recognition system and of a playback system. The freestanding microphones in the respective spaces picked up what people (visitors and others) say. At location A, if somebody says ‘one’ the system plays back a computer-generated albeit human-sounding voice that says ‘some’. At location B, if somebody says ‘some’ the system responds in a similar way with ‘many’, and at location C if someone says ‘many’ the response is ‘one’. The words were selected according to their frequency of use in English and because of their significance when arranged in the following order: ‘one, some, many’, or ‘one plus everything’. If visitors approached the microphone and say something that doesn’t contain the respective trigger-word, the system doesn’t respond. During the course of the exhibition, Höller changed the pitch of the computer-generated response from low to high to very high, so high that the word in the end becomes almost indiscernible. Recalling Miriam Bäckström and Höller’s installation for the Nordic Pavilion at the 51st Venice Biennale (2005) – a blend of the real-time sounds from outside with the sounds of visitors inside, which was emitted from hidden microphones sited throughout the building and above it in the trees – One, Some, Many played with the exhibition building as being a visually empty and open space that can be instantly transformed by sound. The visitor’s encounter with the sound from microphones allows for what could be described as an ‘increased capacity of hearing’, both for visitor and for the technical device: emphasizing the aural experience of presence.

Carsten Höller trained as an agricultural entomologist, received his doctorate in 1988. After postdoc research in Europe and the United States, he decided to quit science and become an artist in 1993.