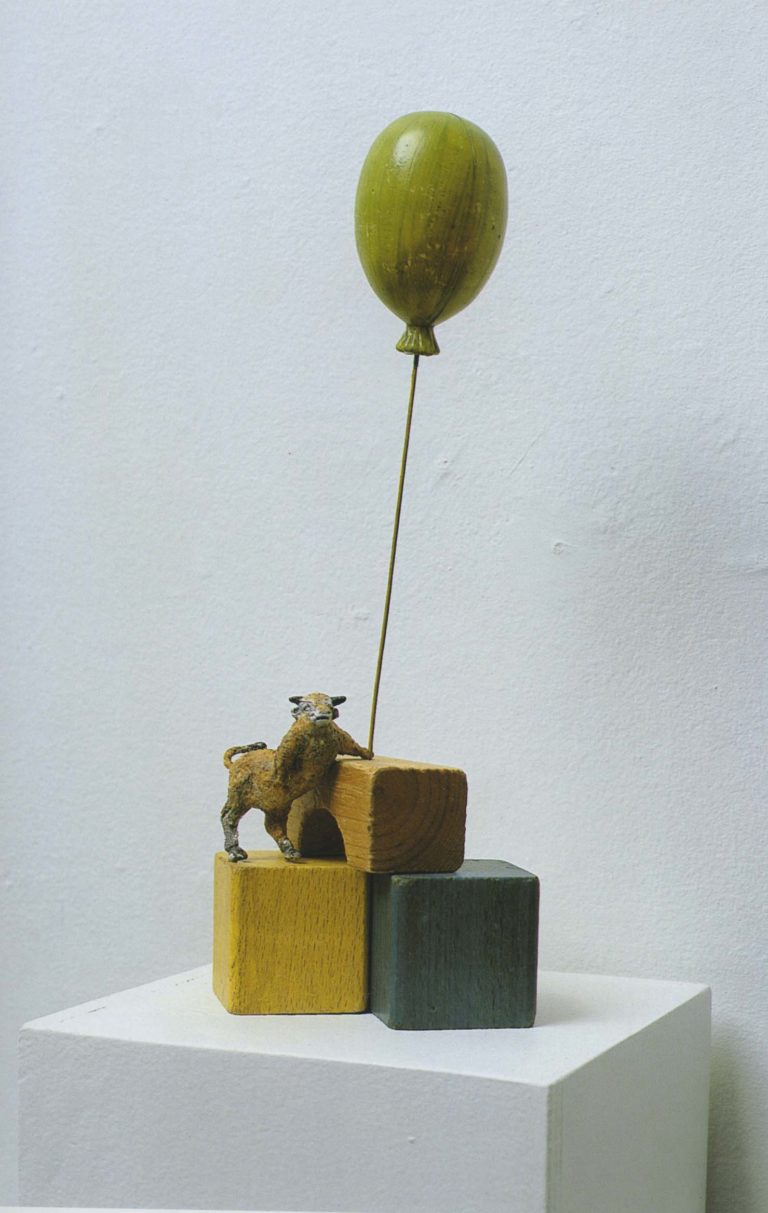 These works were arrived at intuitively or through a process of play. Keeping a healthy collection of ‘junk’ in the studio allows me to create little stage shows. This so-called junk takes the form of old and new toys and figurines, bric-a-brac and other discarded kitschy paraphernalia gathered from second-hand shops, flea markets, car boot sales, etc. The figurines (M Courbet and the minotaur figurine) are crafted using a combination of old and new plastics. A daily fix of beach-combing provides me with a diverse range of materials, including a variety of coloured plastic which is used to model the figurines.

The combination of found objects with crafted objects in my work is a recent occurrence and coincides with my moving away from the city (limiting access to consumer castoffs and rejects) back to the sea. I feel the historical influence on the work also coincides with the move away from viewing contemporary art in city galleries, to reviewing art in a wider historical context. Bonjour Monsieur Courbet is a contemporary interpretation/continuation of Gustave Courbet’s revolutionary painting of 1854. Minotaur by George Frederick Watts (1817-1904), together with the writings of the late Ted Hughes, was largely the inspiration for Dream Fighter.