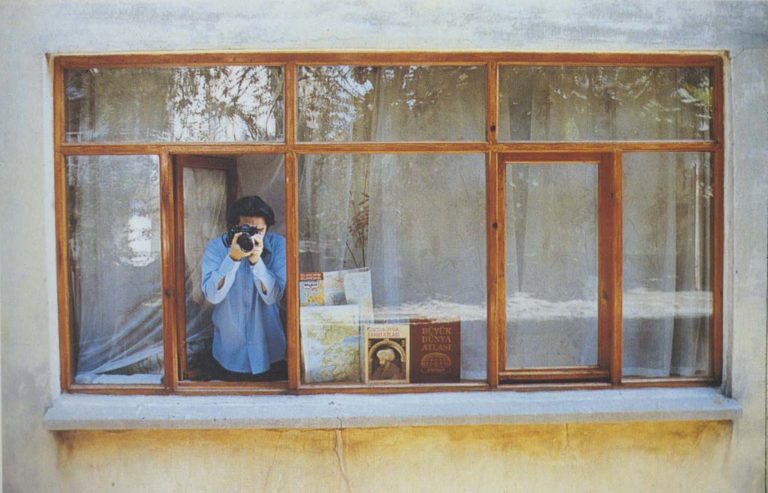 For many young Turkish artists, everyday life and their social milieu provide rich source material for analysing the complexities of their times. This work involves certain risks when taking a critical stance regarding political and cultural issues which are a sore point for the powers that be, but it does help in defining new goals that facilitate individual and collective change. Bülent Sangar analyses the ways in which political, religious and family authority determine our conduct. He uses himself and people close to him as subjects and objects in his mise en scènes, which are set in his workshop and in which the artist appears dressed in Levi jeans in different military poses – an ironic metaphor for the authoritarianism by which we are regimented. In Sacrifice (1994-97), the artist and his father act out the moment when God tells Abraham to sacrifice his son Isaac. For both Christian and Islamic religions, this sacrifice is the paradigm of obeying authority and observance of the law, but here too an element of doubt creeps in. In his most extensive series of images to date, Sangar’s The Window (1997) depicts the various stages of a journey which has taken place in a narrow window frame. From his departure to the unfolding of maps and scanning the horizon, his activities are performed with the solemnity of a truly important journey. The fictitious nature of the various stages generates an aller-retour between interior and exterior, which becomes a fascinating story of the imagination that can unfold in various directions. It also speaks of a desire to depart, and of the resignation associated with the imaginary attempt to do so.