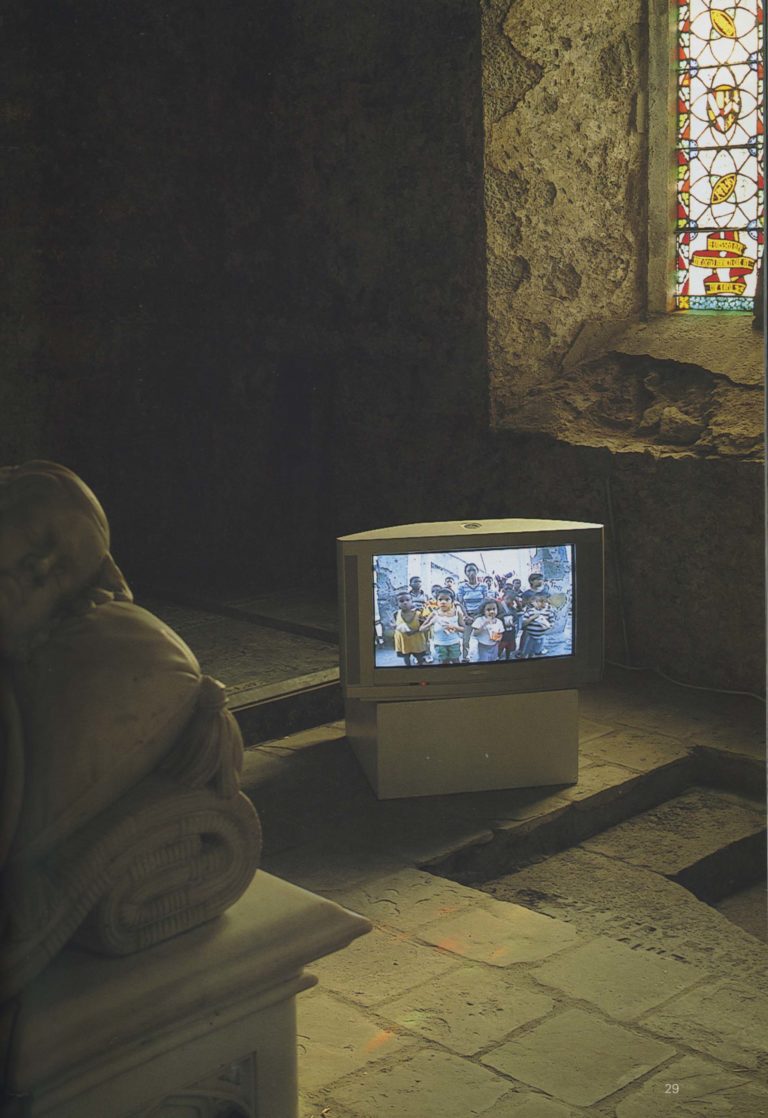 The subjects of my videos are people living in the old historical sector of Panama who belong to a low socio-economic group. I frequent this sector regularly, my subjects being good friends.

I shot Aria inside an old condemned house where eight families still live in the worst of conditions. The children in the video are all members of these families. The idea for the sound of paper and plastic drinking cups came from the kids themselves; they where making these noises in unison during a drive back from a McDonald’s restaurant a few months before.

The camera focuses for a long time on the deteriorated roof of the house, creating what appears to be a stage. The jagged sounds reflect the deterioration, but are softened by an operatic voice that is singing an aria. The architectonic and human beauty, coexisting in this run-down building, practically in ruins, comes to life towards the end of the video, creating a metaphoric reference to the relationship between ‘high and low’ cultures, the rich and poor, and the symbolic power structures of our unequal Latin American societies.