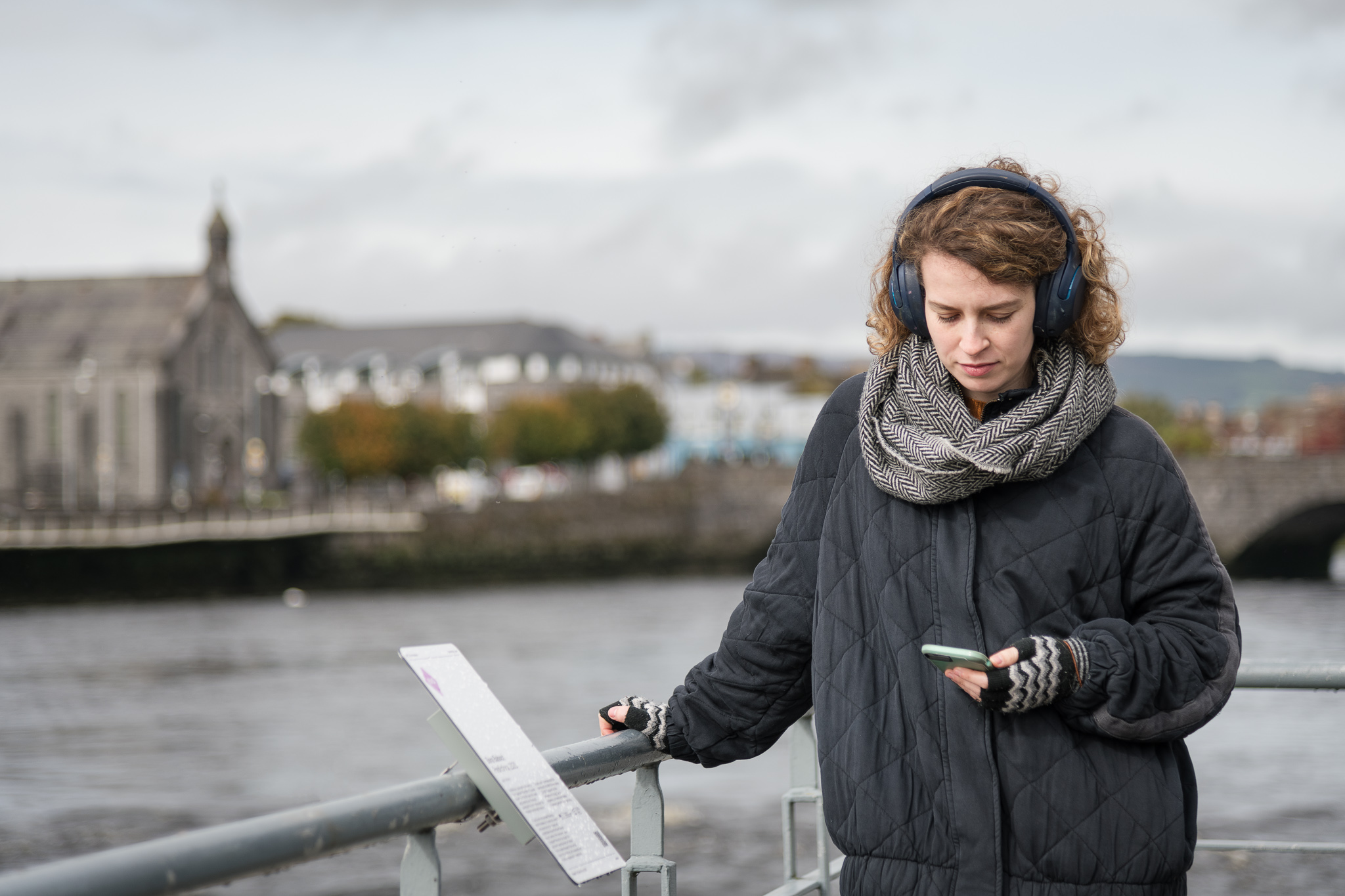 Predictions is an audio work by Tirana-based artist Bora Baboci. The audio work was produced following a period of residency in Limerick city, where the artist was struck by the turbulent and unpredictable nature of the River Shannon. Using the section of the river known as the Curragower Falls as its main subject, the audio script uses tidal charts and fantasy fiction to create a forecast of the river that has run dry, predicting both bureaucratic and folkloric consequences for Limerick city. For the duration of the biennial, the work is accessible via a QR code panel that is situated on the riverwalk at Merchant’s Quay, Limerick, overlooking the Curragower Falls. The audio is also available to listen here.

A Partnership Project commission for the 39th EVA International, supported by EVA’s participation in the Magic Carpets programme, co-funded by the Creative Europe programme of the European Union.

Biography
Bora Baboci is an artist with a background in architecture and urbanism, who works across a wide range of media including drawing, installation, and performance. She lives and works in Tirana and Berlin. Baboci was recently a resident at the ZKU / Center for Art and Urbanistics, Berlin, prior to which she worked as researcher and academic assistant at the Technischen Universität, Berlin, focusing on experimental housing and public spaces within the context of global migration.