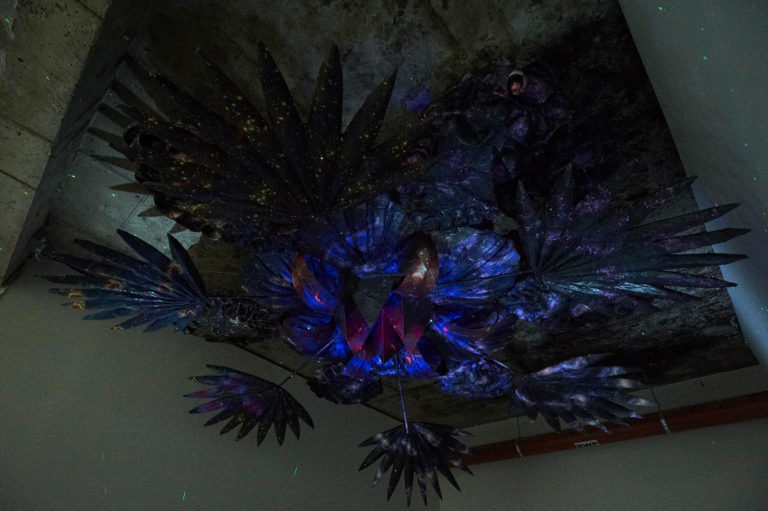 Aoibheann Greenan’s work focuses on the curious plight of the contemporary tourist whose quest for the authentic experience has become predetermined by a capitalist logic. Adopting a multidisciplinary approach, Greenan generates immersive environments which resemble pseudonaturescapes or sites of ritual. By employing the use of props, these spaces parody the tropes of mediation that have become synonymous with such sites; from trail markers to vantage points that dictate how and where the viewer looks.

Places and cultures with whom she has never come in contact often form the basis of her work, and deliberate misappropriations abound. These indiscretions humorously reflect the romantic ideas projected onto the ‘other’ by the tourist. Moreover they reveal the ways in which second-hand information can misinform or limit our understanding of the world.

Tahiti Syndrome is the collective title given to the works in After the Future, referencing the 20th century term that described the desire amongst societal leaders for a remote or idyllic environment where they could escape the pressures of modern life. These works reinterpret this Utopian idea, applying it within the context of everyday escapist activities such as exercise, recreational drug-use and even art itself.

As with previous shows Greenan employs the methodology of the ‘tour,’ however here the tour becomes a metaphor for the ‘journey to self-actualization’, now a standard trope in popular culture.