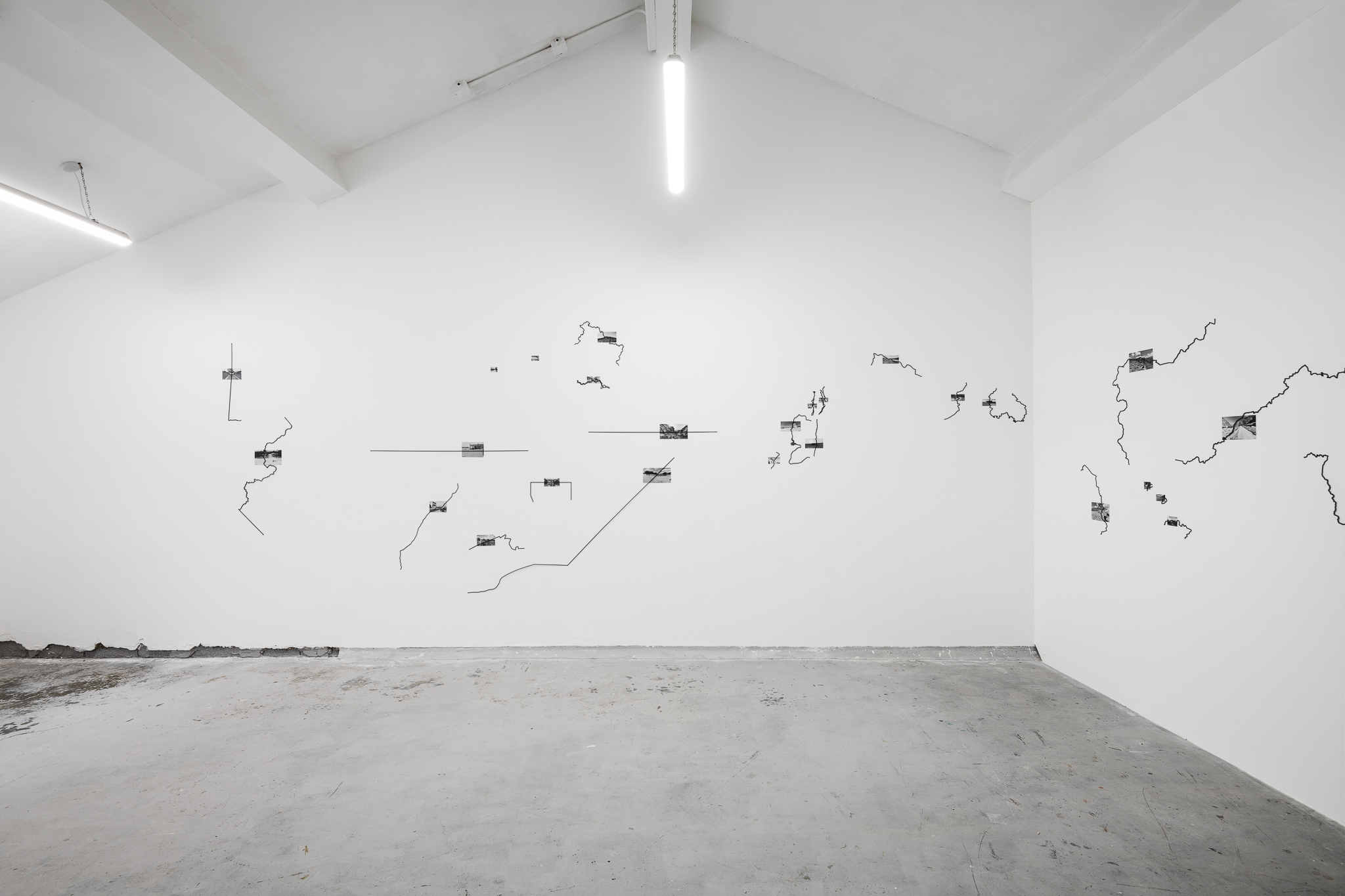 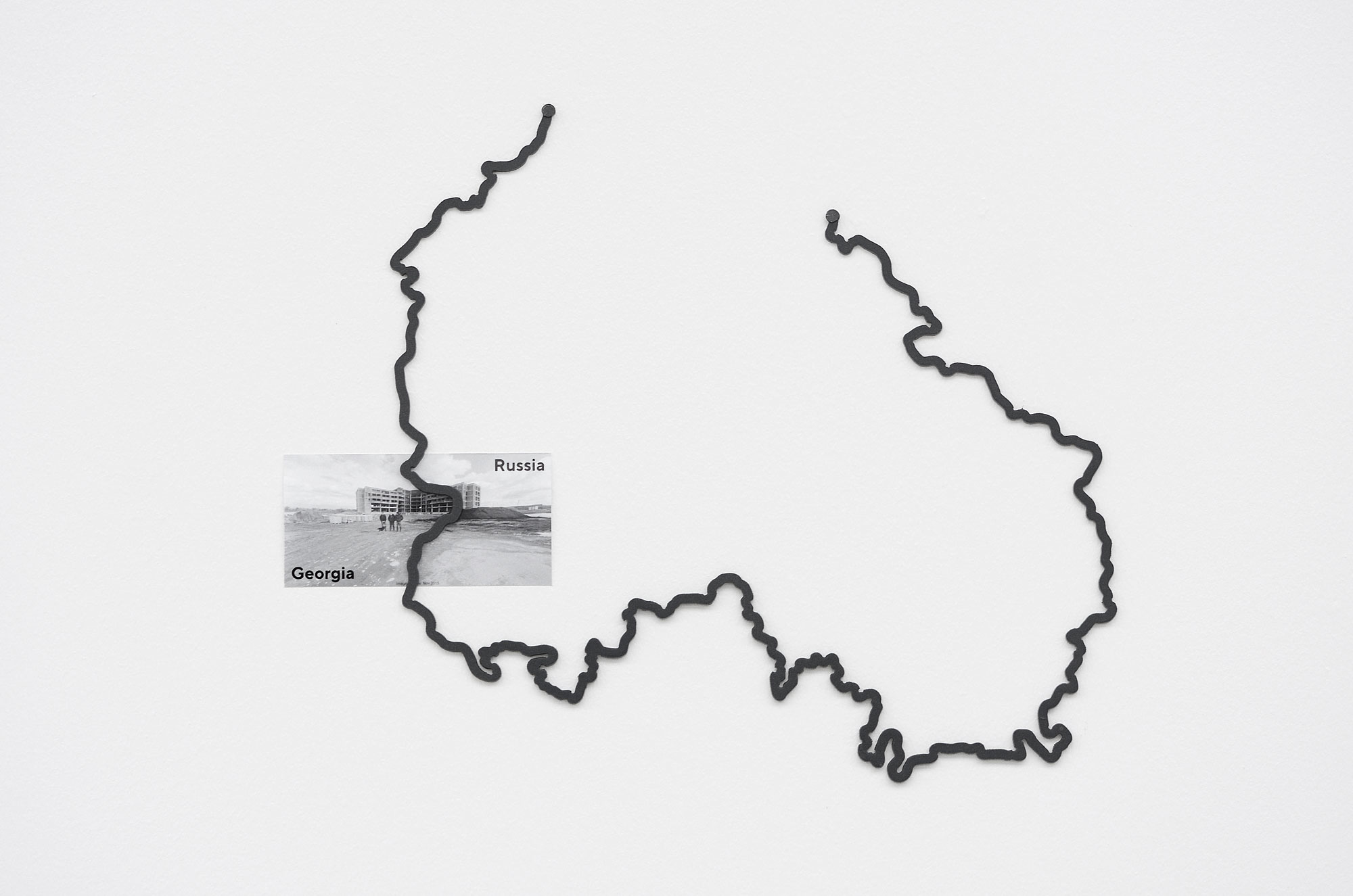 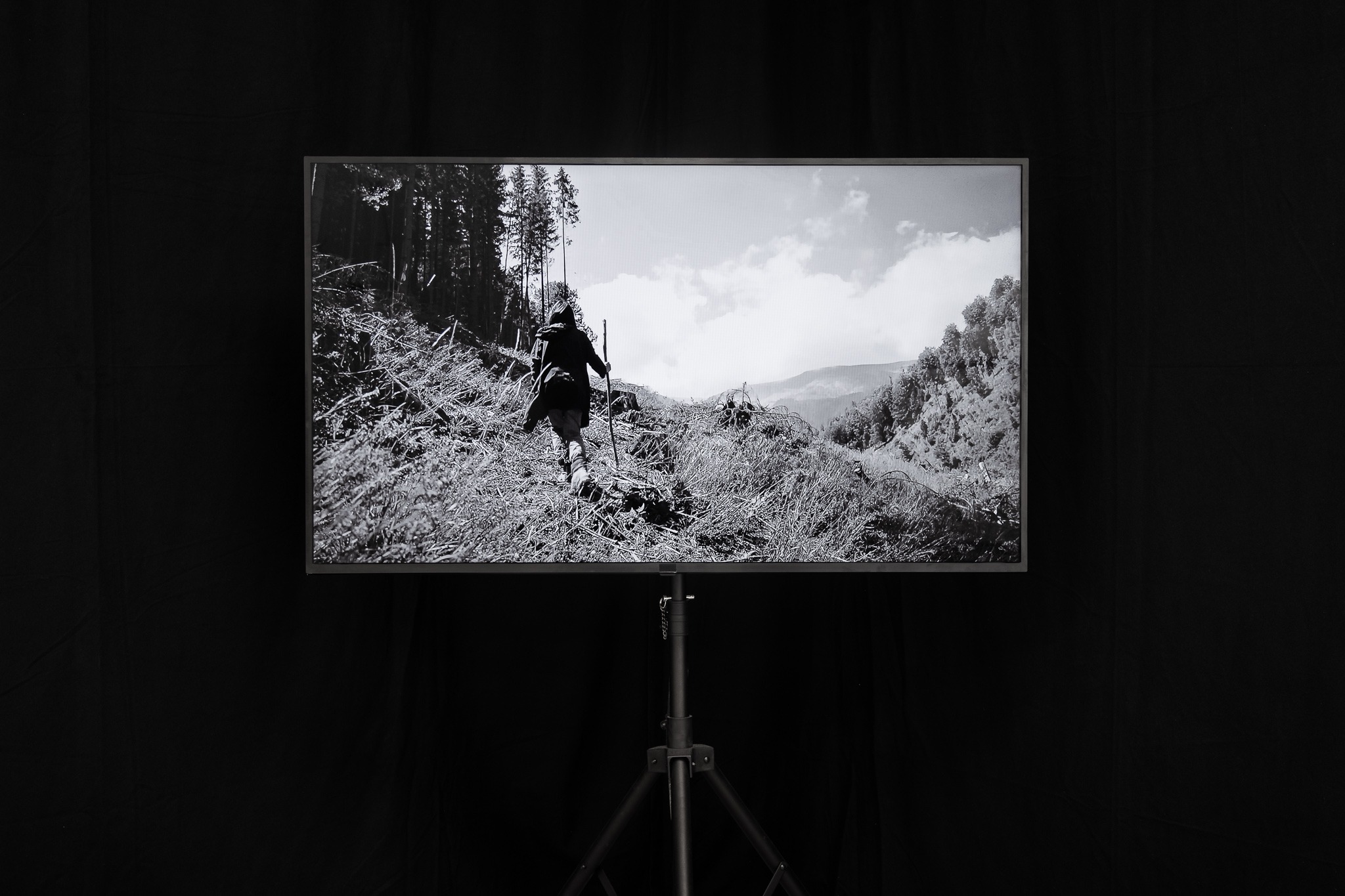 Anca Benera & Arnold Estefan presented No Shelter From The Storm (2015) and Conflict Lines (2018), an installation that comprised of two works which both explored the geopolitical navigations of the landscape. Conflict Lines was a wall installation that charts Google’s arbitration of disputed land borders in Google Earth and Google Maps, while the video No Shelter From The Storm documents the performance of two people climbing a terrain of destroyed forests, whistling the tune of Where Have All the Flowers Gone? – an anti-war protest song from the 1960s.

Anca Benera and Arnold Estefan are collaborators based in Bucharest, who have worked together since 2011. Their work in installation, video, and performance uses research-based methods to reveal the invisible patterns behind certain historical, social, or geopolitical narratives. Their recent work investigates the phenomenon of man-made landscapes around the world, where the making and marking of landscape as a form of spatial modification goes hand in hand with heightened state violence and the overexploitation of resources. Recent exhibitions include: Musée des civilisations de l’Europe et de la Méditerranée, Marseille (2019) and Metropolitan Art Centre, Belfast (2018).