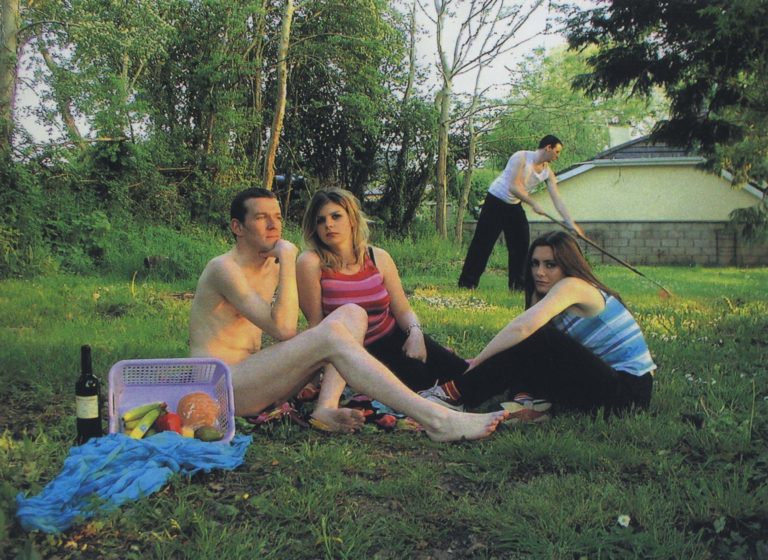 The women in Uneasy Pleasures perform identities in relation to the traditional roles allotted to women, but also subvert them by taking control of the gaze. This photograph incorporates the masculine symbol of a movie camera with the female gaze behind it. The other women in the photograph also display empowerment as they take control of their own bodies and celebrate their pleasure in looking.

Transition is a series of three photographs of a naked young man with a unified group of clothed women, representing his isolation and vulnerability. This work evolved from my cultural research into contemporary male and female roles. In an era of post-patriarchy, my discoveries led me to consider that men are currently undergoing a gender role transition and identity crisis. As a female artist, the historical tradition of painting seems inescapable. Therefore I inverted the conventions of the submissive female nude and referenced the languages of painting.