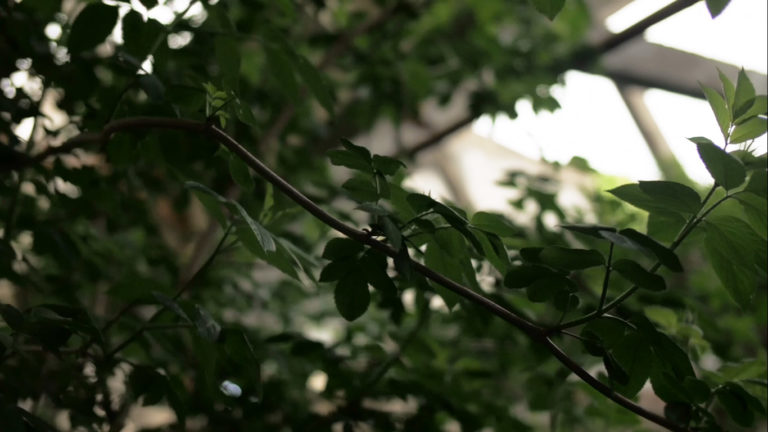 Amanda Rice is a visual artist who works with moving image, photography, and installation. Her work is largely process- and research-driven, with a particular focus on investigations surrounding the remains and failures of various aspects of industry, or supposed ‘utopian’ systems. In her work, time, distance, geography, and measurement are main concerns that lead to psycho-geographic studies or enquiries, where hidden histories of spaces are excavated and played out in both public and private space. Archival material and research gathered through a number of divergent sources allows for a multilayered narrative to develop; the viewer’s reading of the work oscillates between historical facts presented and her or his own conceived ideas on the exhibited topic.

Rice is interested in the contemporary archive and moving beyond the framework of professional or museum archival practices. Within her work, she also investigates the efforts to conquer and civilize landmass and the subsequent effects this has on the landscape.

The Site Where a Future Never Took Place (2015) is a moving-image work exhibited within the stark industrial architecture of the former Cleeve’s Condensed Milk Factory. Rice’s video is part of a body of work that discusses Western Hats Ltd., a textile and hat manufacturer that operated between 1942 and 1981 in the West of Ireland. This was an industry that emerged during the formative years of the Irish State, just over twenty years after the 1916 rising. In an effort to establish Ireland’s future as a prosperous postcolonial country, then-Minister for Trade and Employment Sean Lemass and Senator John McEllin visited Europe as part of a trade-seeking mission in 1937. They visited France and Belgium one year prior to Kristallnacht and the eventual outbreak of World War II, and convinced a number of Jewish-led textile industries to liquidate their assets and move operations to Ireland, a country of relative safety and neutrality. Three industries in the West of Ireland were established in this manner. Jewish experts were offered positions in the form of ‘technical roles’ that would inevitably guarantee their safety during the war years, granting them exile in the country of Ireland.

Ireland’s refugee policy at that time was poor compared with neighbouring England. A mere sixty families were offered exile in Ireland and approximately half of those people were linked to the textile and hat-making factories. Through varied research methods, Rice seeks to determine whether the means by which these industries were established were philanthropic in nature or an opportunistic undertaking that capitalized upon a volatile situation in Europe. The Site Where a Future Never Took Place focuses on the derelict site that once housed this industry, the dilapidated factory building and extracted bricks are all that remains of this little-known aspect of Irish history.

Amanda Rice is a visual artist based in Ireland. She received her Bachelor of Fine Arts from the Crawford College of Art, Cork, in 2008. She has been selected for both national and international group shows including: Doreimefasolasido (2015), Merzbarn, UK; Restless (2015), 126, Galway, Ireland; Perception (2014), Flux Factory, New York; and Cutting a Door (2012), Eastlink Gallery, Shanghai. Her solo exhibitions include: The Site Where a Future Never Took Place (2015), Ballina Arts Centre, Ireland, and A Spectacular Form of Amnesia (2013), Kunstraum Arcade, Vienna.

In 2015 Rice was resident artist in the geology department at Trinity College Dublin, in association with and commissioned by Offaly County Council. In 2014, she was selected to participate in Welcome to the Neighbourhood, Askeaton Contemporary Arts, Limerick. Recent awards include the Arts Council of Ireland Travel and Training Award (2014, 2012, 2011), and the Culture Ireland Award (2013, 2011).