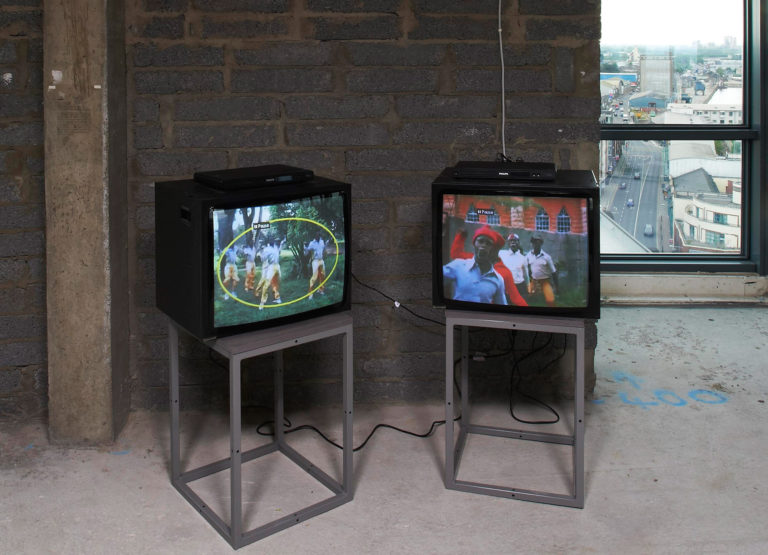 Alice Rekab’s work explores the affective dynamics between subjects and objects of attraction, examining the performative, the mimetic, the amateur, the viral and the regional. Rekab presents models of individual and collective response to such objects, be they subcultures, visions of the future or local histories. Her concern lies within the slippage between the private relationship between subject and object and the externalisation of that relationship through various forms of creative production and mimesis.

Through reappropriation, repetition and reference Rekab produces works that not only consider this relationship but also, by virtue of their content, often concern questions relative to our understanding of community, social geography, temporality and ownership. Throughout her practice Rekab successfully nurtures coherent theoretical research alongside a playful and experimental aesthetic quality producing film, performance and sculpture.

Rekab employs a multifaceted approach to her subject, presenting a two channel video installation, billboard poster and large vinyl print, all of which reference a Sierra Leonean musical comedy In Bulgar that addresses the day-to-day life of people during and after the civil war in Sierra Leone (1991–2002). Due to the oppression of the ‘Rebels’ during the civil war, bulgar was the only readily available staple food for most Sierra Leoneans at that time.

This project takes existing cultural material as text, presents it in its original form and then subjects it to analysis through various forms of repetition and augmentation; underscoring language and image with subtitles, animated illustration and repetition. Through still images and editing, Rekab directs the viewer’s attention towards the aspects of the film she deems as most relevant: survival, communal effort, humour and creative expression.

Alice Rekab is a visual artist living and working in Dublin and London. She completed an MA in Contemporary Art Theory at Goldsmiths University of London, following a BA in History of Art & Fine Art Media at NCAD, Dublin. Projects include: The Return Gallery, Dublin; The Lir Academy, Dublin; The Model, Sligo; Barbican Art Gallery, London; Resonance FM at Frieze Art Fair.