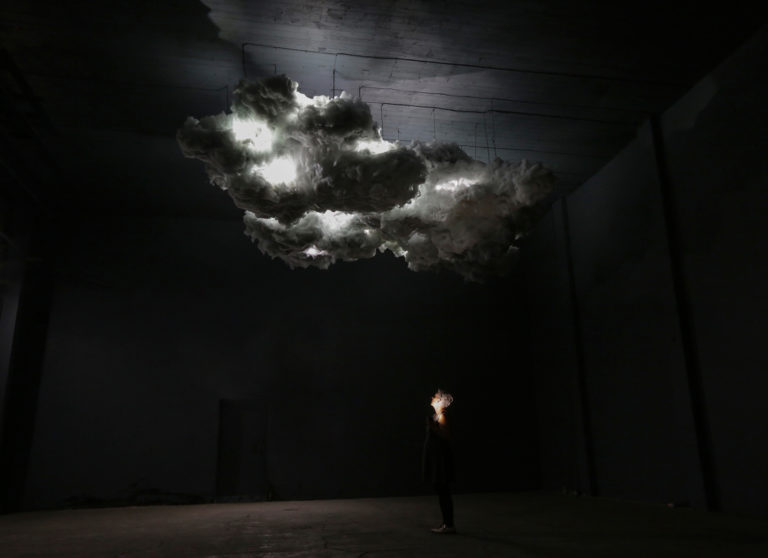 In installations, photographs, films, and community-based projects, Alfredo Jaar explores the public’s desensitization to images and how art has the ability to represent and to reflect on severe and merciless historical events, such as genocides, epidemics, and famines. Jaar’s work bears witness to military conflicts, political corruption, and imbalances of power among industrialized and developing nations. Subjects addressed in his work include, for instance, the holocaust in Rwanda, gold mining in Brazil, toxic pollution in Nigeria, and the conflicting issues related to the border between Mexico and the United States. Many of Jaar’s works can be seen as extended meditations or elegies.

To art critic and journalist Coline Milliard, Jaar said: ‘I strongly believe that artists are thinkers, as opposed to object makers. My working process is 99 percent thinking, and 1 percent making. That thinking process is at the core of what I do. And this process is always triggered by a specific site or issue. In my career I have been incapable of creating a single work of art out of nothing. That is why I am not a studio artist; I define myself as a project artist. I try to propose, with my projects, a creative model that responds to the particulars of a given situation. That model can then be projected into the world. I believe that this is what artists do—with each project we propose a new conception of the world, and that new conception is a new way of looking at the world. That is why I believe that we create models of thinking the world.’

These are the clouds about the fallen sun,

The majesty that shuts his burning eye.

The Cloud (2015) contemplates the hopeful voyage of millions of people who travel across the land every day in search of a better life. As we witness Europe’s anxious reaction to the current influx of migrants to its shores, Jaar’s work offers a dark, ominous and yet poetic vision of this phenomenon – it represents a watchful cloud in the sky over Europe. The cloud itself embodies water but in solid form and shape that moves across the land. It is a reminder that everything is interconnected and that confinement is not a solution. Clouds are a model of freedom. Clouds are the visible mass of otherwise invisible matter, which will ultimately evaporate in time. Clouds are impermanent. Arising from a reality of oblivion and rejection, this cloud over Europe is like an omen, an imminent downpour of new realities that we must face.