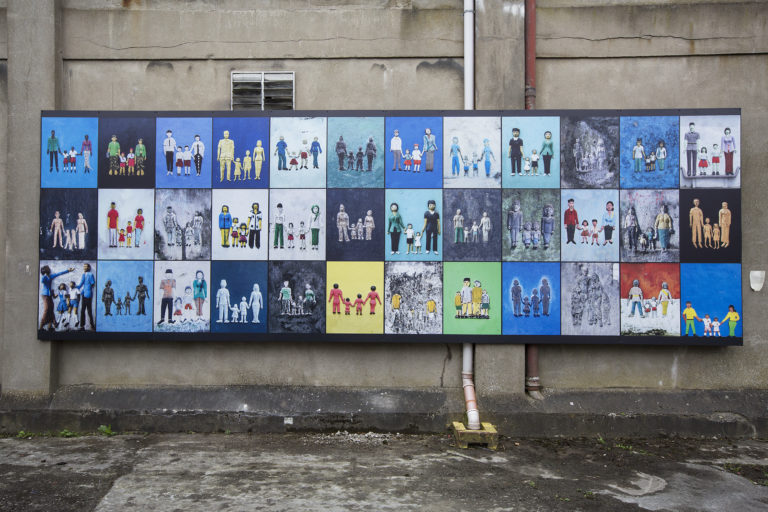 In his Indonesian Family series, Akiq AW documents reliefs and statues in Jogja, Indonesia, that present an image of the ideological nuclear family. Following Indonesia’s communal and political conflicts, and its economic collapse and social breakdown of the late 1950s through to the mid-’60s, the second Indonesian President Suharto founded the ‘New Order’. The New Order was committed to achieving and maintaining order and economic development through a strong political role for the military, the bureaucratisation and corporatisation of societal organisations, and selective but effective repression of opponents. During the New Order, there were efforts to control the national birth rate through a programme called Keluarga Berencana (Family Planning). A key idea of this programme was the depiction and normalisation of a heterosexual family with two parents and two children. During the peak of New Order reign, from the ’70s through to the ’90s, the nuclear family was represented in the form of reliefs, on statues, and on gates in every neighbourhood and at every village entrance. After the New Order regime ended, the Keluarga Berencana programme did too but some of the reliefs and statues remain.